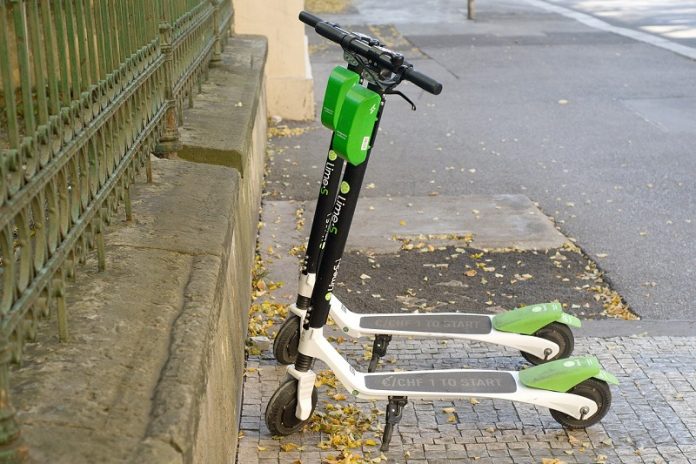 Facial and head injuries from riding electric scooters have tripled over the past decade, a new study reports.

Electric scooter use has increased in popularity as a more environmentally friendly and efficient alternative to gas vehicles.

However, state helmet laws vary—and many people are injured because they don’t wear appropriate protective equipment.

For the study in the American Journal of Otolaryngology, researchers analyzed records in the Consumer Product Safety Commission’s National Electronic Injury Surveillance system between 2008 and 2017 to determine the types and frequency of head and facial injuries resulting from motorized scooters.

The system collates data from about 100 participating hospitals, which is then extrapolated to provide national estimates on injuries related to consumer products.

Electric scooters and the ER

Most of the people injured were men between 19 and 65, but 33 percent were children between 6 and 12, the research shows.

The most frequent injuries included closed head injuries, such as concussion and bleeding or bruising of the brain, followed by facial cuts or abrasions. The study showed about 5 percent of the injuries were fractures, most frequently in the skull or nose.

In records that included helmet use, 66 percent of those injured were not wearing helmets. Helmet use increased with age, from about 19 percent in toddlers to about 67 percent in senior riders.

For example, the District of Columbia classified motorized scooters as “personal mobility devices” that are not subject to inspection or helmet laws; while a new law in New Jersey regulates electric scooters in the same way as a traditional bicycles, requiring helmets only for people younger than 17.

“The United States should standardize electric scooter laws and license requirements should be considered to decrease the risky behaviors associated with motorized scooter use,” says Bresler, who notes the success of such legislation in other countries.