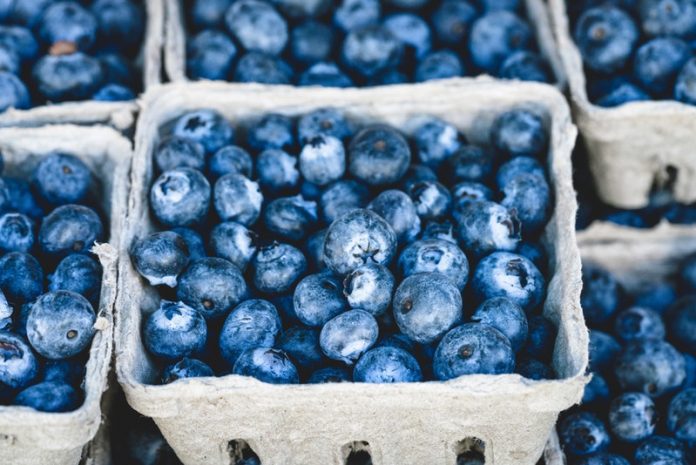 In a new study, researchers found that eating a cup of blueberries every day could help reduce metabolic syndrome, lowering risk for heart disease.

The research was led by the University of East Anglia, in collaboration with colleagues from Harvard and across the UK.

In the study, the team wanted to see whether eating blueberries had any effect on metabolic syndrome.

Metabolic syndrome is a chronic condition affecting one-third of adults in western countries.

Previous research has shown that metabolic syndrome contains many risk factors for heart disease. Patients often take statins and other medications to help control the risks.

The team examined the effects of eating blueberries daily in 138 overweight and obese people.

These people aged between 50 and 75 and had metabolic syndrome. The six-month study was the longest trial of its kind.

The people consumed the blueberries in freeze-dried form and a control group was given a purple-colored alternative made of artificial colors and flavorings.

The researchers found that eating one cup of blueberries per day resulted in sustained improvements in vascular function and arterial stiffness.

This could reduce the risk of heart disease by up to 15%.

The finding suggests that lifestyle changes, including making simple changes to food choices, can help reduce the disease risk and protect heart health.

The team explains that this may be because blueberries are high in naturally occurring compounds called anthocyanins, which are the flavonoids responsible for the red and blue color in fruits.

The result did not show benefit of a smaller 75 gram (half cup) daily intake of blueberries.

It is possible that higher daily intakes may be needed for heart health benefits in obese people compared with the general population.

The research team says that blueberries and other berries need to be included in daily diet to reduce the risk of heart disease.

The leader of the study is Prof Aedin Cassidy from UEA’s Norwich Medical School.