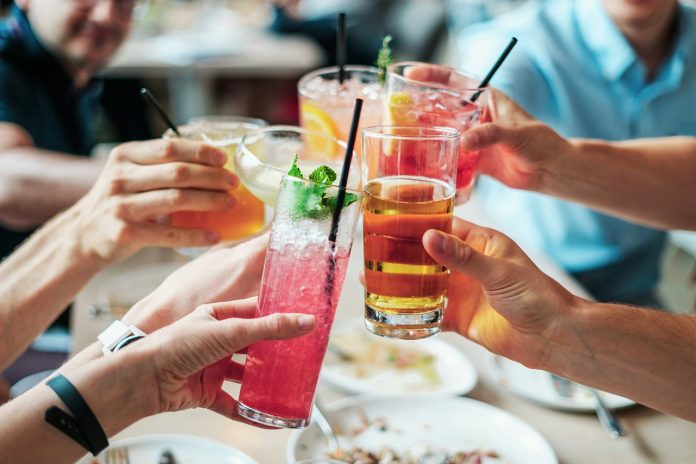 In a new study, researchers found that even moderate alcohol drinking may still contribute to high blood pressure.

They found that people who drink alcohol seven to 13 drinks per week have a higher risk of high blood pressure.

The research was conducted by a team from Wake Forest University.

Most previous research has shown that moderate drinking is linked to a lower risk of some forms of heart disease.

However, these studies have not assessed high blood pressure among moderate drinkers.

In the study, the team examined more than 17,000 U.S. adults to see if moderate alcohol drinking could benefit heart health by lowering high blood pressure.

They analyzed data from the National Health and Nutrition Examination Study (NHANES), a large, decades-long study led by the Centers for Disease Control and Prevention.

These people reported their drinking behavior on several questionnaires by mail and in person.

Their blood pressure was recorded during researchers’ visits in participants’ homes and at a mobile examination center.

They found overall, the average blood pressure was about 109/67 mm Hg among never-drinkers, 128/79 mm Hg among moderate drinkers and 153/82 mm Hg among heavy drinkers.

The team explains that alcohol’s impact on blood pressure could stem from many factors.

Alcohol’s activities in the brain and liver also may contribute to spikes in blood pressure.

Future work needs to find out the clear reason why alcohol drinking is linked to high blood pressure.

The lead author of the study is Amer Aladin, MD, a cardiology fellow at Wake Forest Baptist Health.

The study was presented at the American College of Cardiology’s 68th Annual Scientific Session.