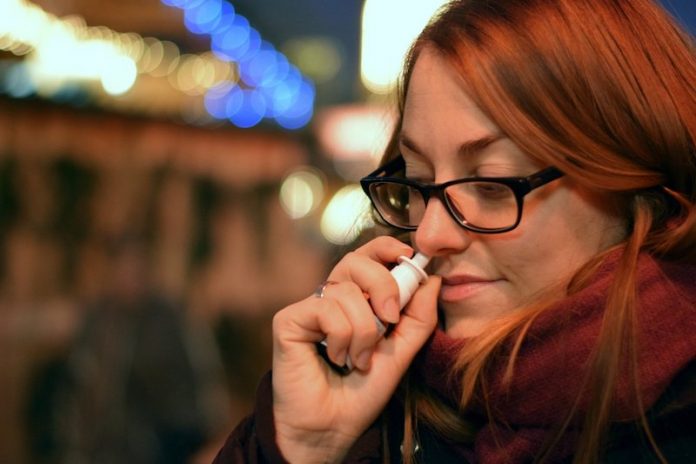 Many people are excited to use ketamine, the latest drug to treat depression.

But Stanford researchers suggest that people need to know the health risks of the drug before starting using it.

Alan Schatzberg, a psychiatrist at Stanford, provided important information about ketamine in a recent article.

Ketamine is commonly used in anesthesiology and for severe pain relief.

Previous research has shown that the drug can reduce depression symptoms faster than traditional antidepressants.

In some patients, small doses of ketamine could provide rapid relief in as little as four hours.

In contrast, it usually takes weeks for patients to see any benefits with the most common form of antidepressants.

FDA recently has approved esketamine, a molecule that is a mirror image of ketamine, as a nasal spray to treat depression.

However, there is limited data to support the effect of the drug.

Some existing studies are not well-controlled, while others show that there are can be some form of dependence on ketamine to maintain a normal mental state.

In addition, scientists don’t know what the effects are of using the drug in the long-term period.

The researcher also says that ketamine acts in part via an opioid mechanism. For example, drug naltrexone, which blocks the effects of opioids, also blocks the antidepressant effects of ketamine.

This means ketamine misuse can lead to mental health problems. In many cultures, ketamine is abused as a drug.

China has had hundreds of thousands of ketamine addicts. In Australia, they’ve banned it. There is a problem in Belgium with ketamine abuse.

Initially, ketamine use may make people feel agitated and confused. If they keep using it, they will build a tolerance to it.

The researcher suggests that doctors need to tell patients that it is not clear what is the best way to use ketamine in terms of how often and for how long.

The drug could produce dependence, particularly with more frequent use, and patients should watch for withdrawal symptoms in the weeks after stopping it.