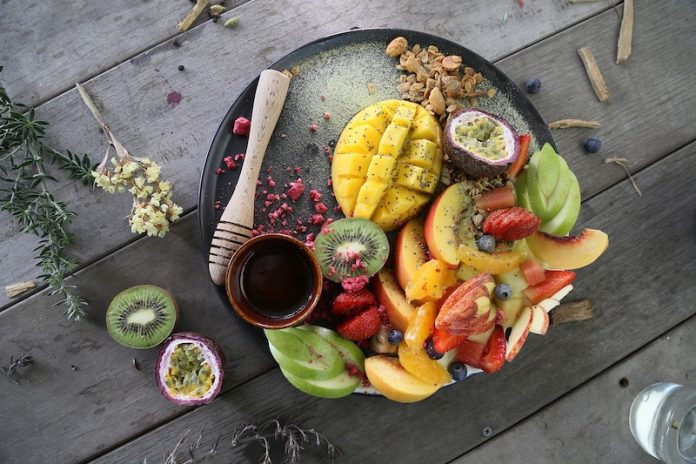 It is known that eating fruit and vegetables can bring lots of health benefits.

In a new study, researchers found that these healthy foods could help lowers the risk of depression.

In addition, eating extra portions of fruit and vegetables a day can help protect people’s mental health from the negative impacts of divorce and unemployment.

The research was conducted by a team from the University of Warwick.

Previous studies have used people’s subjective responses to examine a link between eating fruit and vegetables with improved wellbeing.

However, few studies have found objective evidence of the link between fruit and vegetables and psychological health.

In the study, the team used data from the Household, Income and Labour Dynamics in Australia (HILDA) survey, which has been done annually since 2001.

People were asked if they have been diagnosed with depression or anxiety along with several questions about their diet and lifestyles.

The study used responses from 7,108 respondents who answered they had not been diagnosed with depression or anxiety in 2007.

The team aimed to see if people’s diet could predict their risk of depression two years later.

They found an inverse relationship between fruit and vegetables and future depression or anxiety.

The more fruit and vegetable people ate, the less likely they were to be diagnosed with a mental illness in later periods.

They also found that eating four extra portions of fruit and vegetables could boost people’s mental health to such an extent that it could reduce half the negative psychological impact of divorce and 25% of the psychological damage of unemployment.

The study shows an empirical link between fruit and vegetables and improved mental wellbeing.

And the effect is a lot quicker than the physical improvements one can see from a healthy diet.

The mental benefits occur within 24 months, whereas physical gains don’t occur until people are in their 60s.

In the future, the team plans to examine the causal relationship between a healthy diet and psychological wellbeing.

One author of the study is Dr. Redzo Mujcic.

The study is published in Social Science & Medicine.