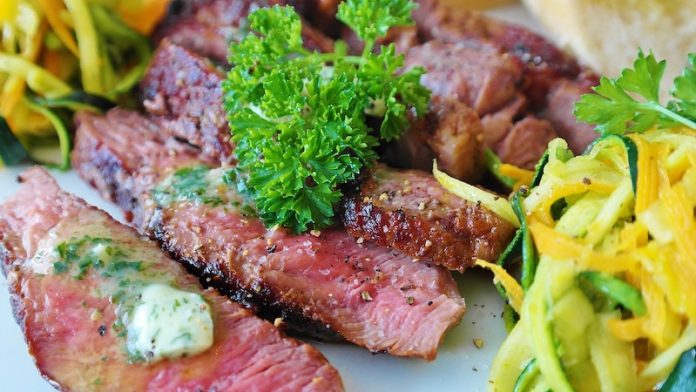 In a new study, researchers found that eating more red meat, particularly processed red meat, is linked to a heightened risk of death.

But reducing red meat intake while eating more healthy protein sources, such as eggs and fish, whole grains and vegetables may lower the risk.

The research was conducted by a team of researchers based in the US and China.

Previous research has shown that high intake of red meat, such as beef, pork, and lamb, is linked to a higher risk of type 2 diabetes, heart disease, some types of cancers, and premature death.

However, little is known about how changes in red meat intake may influence the risk of death.

In the new study, the team looked at the link between changes in red meat eating over an eight-year period with the death rate during the next eight years.

All people were free of heart disease and cancer at the start of the study.

The leading causes were heart disease, cancer, respiratory disease and neurodegenerative disease such as dementia.

The team found that increasing total red meat intake (both processed and unprocessed) by 3.5 servings a week or more over an eight-year period was linked to a 10% higher risk of death in the next eight years.

Similarly, increasing processed red meat intake, such as bacon, hot dogs, sausages and salami, by 3.5 servings a week or more was associated with a 13% higher risk of death.

Increasing intake of unprocessed red meat was associated with a 9% higher risk.

The team also found that reducing red meat intake while eating more whole grains, vegetables, or other protein foods such as poultry without skin, eggs, and fish, was linked to a lower risk of death among both men and women.

For example, swapping out one serving per day of red meat for one serving of fish per day over eight years was linked to a 17% lower risk of death in the subsequent eight years.

This is the first study of its kind to examine the association between changes in red meat intake and subsequent risk of mortality.

It provides a practical message to the general public of how changes in eating red meat are linked to their health outcomes.