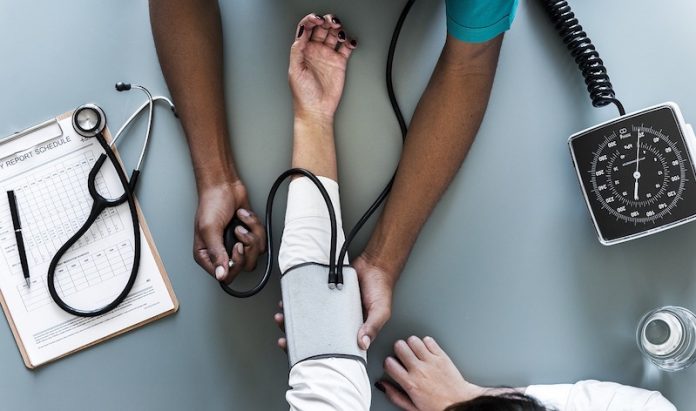 It is known that eating too much sodium (mainly in salt) could lead to high blood pressure.

In a new study, researchers have an underlying mechanism to explain why.

They found that cutting sodium intake could cause higher levels of two specific metabolites that play important roles in lowering blood pressure.

In addition, reducing sodium intake may help cut the risk of arterial stiffness.

The research was conducted by a team from Augusta University.

In the study, the team examined blood samples from 64 adults with high blood pressure.

The participants were given either 9 slow sodium tablets (10 mmol sodium per tablet) or placebo tablets daily for 6 weeks.

Then they crossed over to receive the other tablets for another 6 weeks while on a low-sodium diet the helped achieved a daily sodium intake around 2.0 g.

The researchers examined hundreds of metabolites substances produced during digestion.

They found that 2 metabolites (β-hydroxyisovalerate and methionine sulfone) were strongly increased with sodium reduction.

Future research needs to validate the study’s results because of its small sample size.

They hope the new findings could lead to the development of a drug that targets pathways altered by sodium intake levels.

The lead author of the study is Dr. Haidong Zhu, an associate professor in the Department of Population Health Sciences.

The study is published in the journal Hypertension.