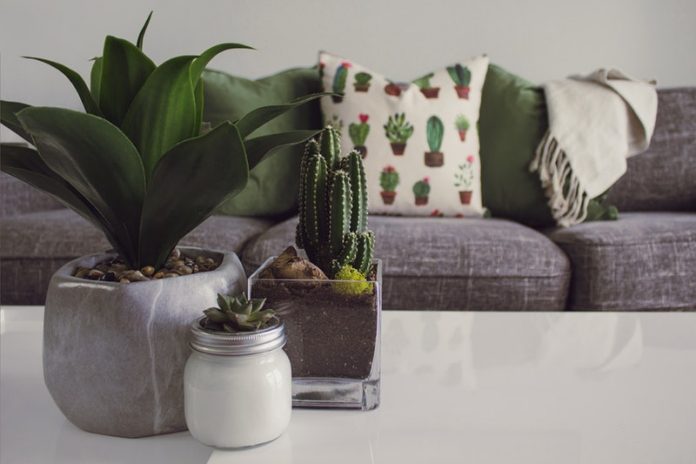 Fresh home air is very important for our health, but it is not easy to keep the air clean all the time.

In a recent study from the University of Washington, researchers have developed a new houseplant to solve the problem.

The new plant could clean air at home effectively.

The research is published in the journal Environmental Science & Technology.

Previous research has shown that many people use HEPA air filters to avoid offending allergens and dust particles at home.

But some hazardous compounds cannot be caught by air filters, because they are too small. These compounds include benzene and chloroform, and they have been linked to cancer.

In this study, the researchers genetically modified a common houseplant that can help remove chloroform and benzene from the air around it.

The houseplant is called pothos ivy. The team chose the plant because it doesn’t flower in temperate climates.

This means the genetically modified plants won’t be able to spread via pollen.

In addition, pothos ivy is a robust houseplant. It can grow well under all types of conditions.

According to the team, the new plant could express a protein called 2E1.

This protein can transform the harmful compounds into molecules that can support the growth of the plant.

The protein 2E1 is present in all mammals, including humans. In the body, 2E1 could turn benzene into a chemical called phenol and chloroform into carbon dioxide and chloride ions.

The new plant can use carbon dioxide and chloride ions to make their food. In addition, they can use phenol to help make components of their cell walls.

The researchers tested the plant, and they found that when the plant was put the lab room, the concentration of chloroform dropped by 82% after three days and undetectable after 6 days.

The researchers suggest that the new plant can help people deal with the small harmful compounds in the air.

When using the plant, people need to put it inside an enclosure with something to move air past their leaves. If houseplants are in a corner, the effect will be small.

The lead author is Long Zhang, a research scientist in the civil and environmental engineering department.

The study is published in Environmental Science & Technology.