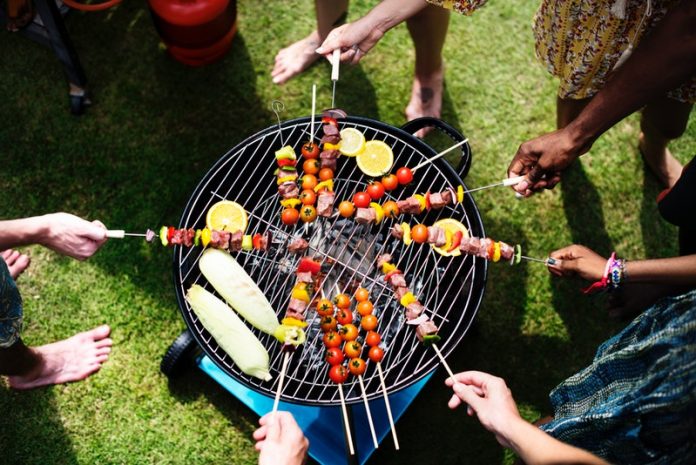 Summer is a good time to enjoy a barbecue with family and friends.

But many people worry that it may be harmful to their health.

This is because research has shown that eating foods cooked in high temperatures, like in barbecue, may increase cancer risk.

Barbecue meals also include lots of red meat and processed meat, which are not healthy to eat.

However, researchers from Wake Forest University suggests that with careful preparation and planning, people could add barbecue in their healthy diets.

Grill other types of food, such as vegetables

These compounds have been linked to cancer in animal studies, and inhaling smoke is not good.

To reduce harm, people can grill vegetables, which can make their meal more balanced.

Barbecue no more than once a week

In addition, people can have a barbecue only once a week. Researchers suggest that the risk of getting cancer from weekend barbecues is quite low.

If people don’t grill very frequently, the difference between using a gas grill and using a charcoal grill is not important.

One thing really matters is who people start the fire when they grill foods with lump charcoal or charcoal briquettes.

Researchers suggest that people should not use lighter fluid or quick-start briquettes that are pre-soaked with it.

These things may release harmful chemicals in the fire and give off unwanted flavors.

Instead, people can use a chimney starter to star fire.

The researchers also suggest that people need to clean the grill before cooking, which is best done with a wire brush when the grill is hot.

After that, the grill grates should be lubricated with high-heat cooking oil so that food will not stick on to it.

Grill over hot coals, not an open flame

This is because flames can char the meat in an unhealthy way, and meat may be burnt on the outside and raw on the inside.

The researchers recommend using a spatula or tongs to turn meat or fish on the grill.

People also can soak wood chips in water to reduce the risk of flare-ups. They should use a meat thermometer and a timer to decide when food is properly done.