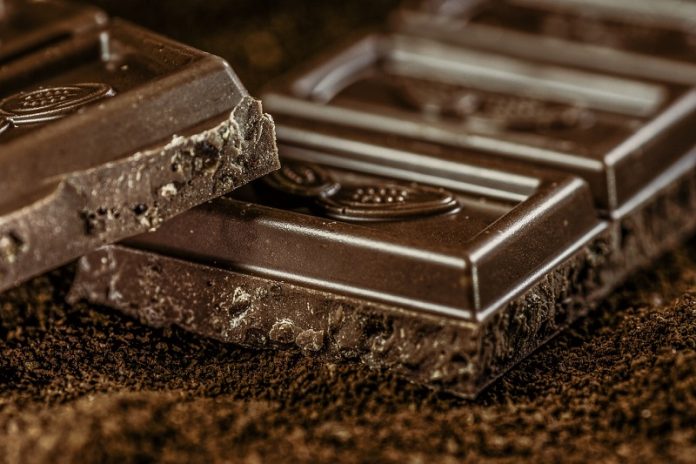 Chocolate is one of the most-consumed treats around the world, and the smell alone is usually enough to evoke strong cravings from even the most disciplined eaters.

Much like a fine wine, high-quality dark chocolate has a multi-layered scent and flavor, with notes of vanilla, banana or vinegar.

Now, researchers report in ACS’ Journal of Agricultural and Food Chemistry which substances — and how much of them — make up this heavenly aroma.

Flavor is more than just what the tongue tastes — smell also plays a key role, with many compounds working together to create a unique sensory experience.

Although nearly 600 compounds have been identified in chocolate over the last century, only a fraction of them are known to contribute to the aroma.

Previous studies have identified compounds responsible for the scent of milk and dark chocolates, but it’s been unclear how much of each component is needed to make something smell specifically like dark chocolate.

To uncover this olfactory mystery, Carolin Seyfried and Michael Granvogl decided to build the scent from scratch for the first time using state-of-the-art methods.

The researchers purchased two types of dark chocolate, each with a distinguishable aroma, from a local grocery store.

With aroma extract dilution analysis, they identified the volatile compounds that likely contributed to the bars’ scents.

Next, they measured the amounts of the compounds with stable isotope dilution analysis. Some of these substances, such as the violet-scented β-ionone, were quantified for the first time in chocolate.

Finally, using this data, the team reconstructed the aromas of the two dark chocolates, which smelled very similar to the original bars, according to a trained sensory panel.

The researchers say this finding shows that the essential aroma compounds in chocolate were correctly identified and quantitated.

Scientists find the cause of US delta variant surge

How important is the COVID-19 booster shot for 5-to-11-year-olds? 5 questions answered

Has your food been chemically altered?