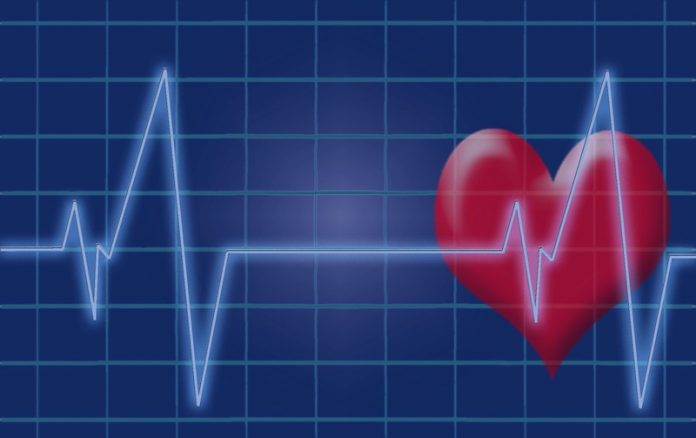 In a new study, researchers tested a new therapy to re-engage the heart’s natural electrical pathways.

This new treatment may help restore natural heartbeat in people with heart failure who also suffer from electrical disturbances.

The research was led by the University of Chicago Medicine.

In this pilot study called the His SYNC trial, the team compared the effectiveness of two treatments that can correct irregularities in the heartbeat through implanted pacemakers and defibrillators.

One treatment is biventricular pacing, which uses two pacing impulses in both lower chambers.

The new method, called His bundle pacing, try to work toward engaging and restoring the heart’s natural physiology.

This is the first time the two approaches are directly compared in a clinical study.

Previous research has shown that the biventricular pacing involves implanting wires, called leads, to simultaneously pace the right and left ventricles of the heart.

After that, a pacemaker sends a timed electric pulse to the two leads with the goal of a synchronized contraction, which closely simulates the heart’s natural heartbeat.

However, about 30% of patients do not respond to biventricular pacing well.

In the new His bundle pacing method, the team aimed to tap into the normal wiring of the heart and restore conduction the way nature intended.

They examined 40 adult patients across seven institutions in the midwest U.S.

The new method involves implanting a single lead at the start of the heart’s wiring system.

Then it naturally branches in two to organically distribute the pacemaker’s electric pulse to both ventricles.

After 6 months, the researchers compared the electrical synchronization and structural function of the two patient groups’ hearts.

They found no overall significant differences in the two groups.

After one year, they found that there were no differences in the number of hospitalizations or deaths.

Noting the pilot study was limited by its size, Tung says the results indicate further investigation is needed.

The team suggests that the His bundle pacing could provide another treatment option for heart failure patients.

One author of the study is cardiologist Roderick Tung, MD, FHRS, the Director of Cardiac Electrophysiology & EP Laboratories at the University of Chicago Medicine.