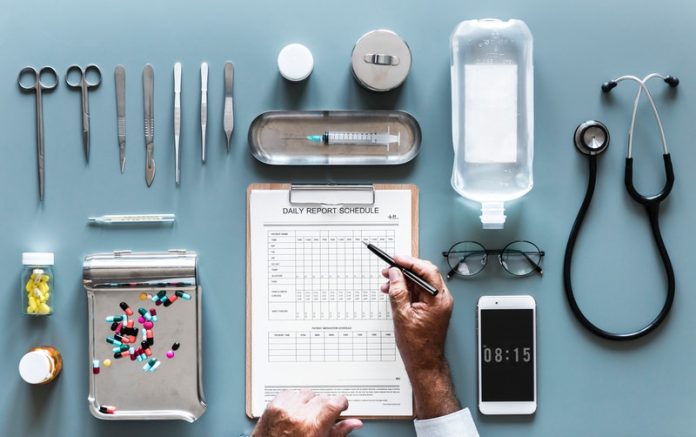 In a new study, researchers have discovered new compounds that may help treat autoimmune disorders, such as type I diabetes, lupus, and multiple sclerosis.

The research was conducted by a team from Rockefeller University and collaborators.

The immune system can protect the body from viruses and dangerous bacteria, but its precision isn’t guaranteed.

It is estimated that tens of millions of Americans suffering from autoimmune diseases, in which the system mistakes normal cells for malicious invaders, prompting the body to engage in self-destructive behavior.

Autoimmune diseases can be very difficult to treat.

In the current study, the team found small molecules that inhibit one of the main enzymes implicated in misguided immune responses.

The researchers found that an enzyme called cyclic GMP-AMP synthase, or cGAS, cannot discriminate between infectious and harmless DNA.

The enzyme can bind to perfectly harmless genetic material and start an immune response even there is no intruder.

The team believed that if autoimmune disorders are the result of an erroneously activated immune system, then perhaps a cGAS inhibitor could be used to treat these conditions.

They scanned through almost 300,000 small molecules, searching for one that might target human cGAS.

They then created three compounds that blocked cGAS activity in human cells—making them the first molecules with this capability.

Currently, the compounds are being further optimized for use in patients, and they will be tested on the treatment of the rare genetic disease Aicardi-Goutières syndrome.

The team said the drugs lead to new treatments for people with autoimmune disorders.

They hope the finding may also be used to treat more common diseases, such as lupus and Parkinson’s disease.

One author of the study is postdoctoral associate Lodoe Lama.