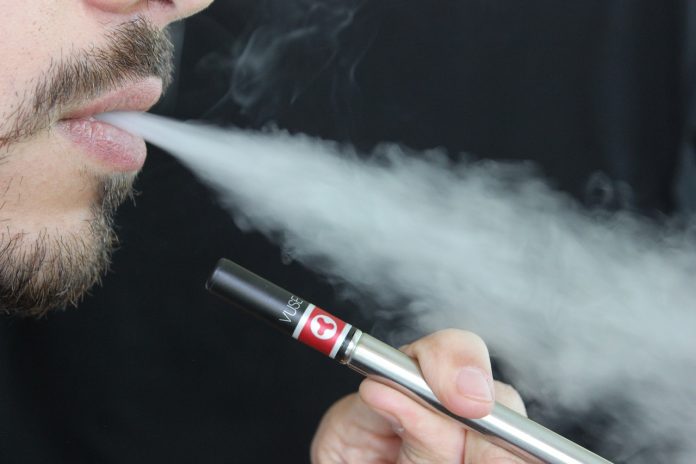 Many people use e-cigarettes to replace real cigarettes, thinking the products are less harmful to use.

However, in a new study, researchers found that vaping e-cigarettes may increase the risk of blood vessel disease.

The research was led by the Stanford University School of Medicine.

Previous research has shown that e-cigarettes deliver lower levels of carcinogens to users and may help decrease cancer risk.

But the effect of e-cigarette use on blood vessel and heart health has been unclear.

In the study, the team examined how flavoring liquids in e-cigarettes could affect endothelial cells that line the interior of blood vessels.

Endothelial cells line the interior surface of blood vessels, and they play a critical role in heart and blood vessel health.

They found that endothelial cells exposed to the e-liquids were less viable and showed much higher levels of DNA damage and cell death.

These cells were also less able to form new vascular tubes and help with wound healing.

The effect was similar when the cells were exposed to the blood collected from e-cigarette users shortly after vaping.

The changes caused by e-liquids exposure are closely related to those seen during the development of heart disease.

The researchers also found that the severity of the damage varied among popular flavors. Cinnamon and menthol were found to be particularly harmful.

The findings suggest that e-cigarettes are not a safe alternative to traditional cigarettes.

They are very important for public health because cardiovascular disease is responsible for about one-third of smoking-associated deaths in smokers in the U.S.

The use of e-cigarettes has skyrocketed since their introduction about a decade ago.

The team warns that using e-cigarettes may easily expose users to a much higher level of nicotine over a shorter time period and harm blood vessel functions.

It’s important for e-cigarette users to know that these chemicals are circulating within their bodies and harming their health.

The leader of the study is Joseph Wu, MD, Ph.D., director of the Stanford Cardiovascular Institute.