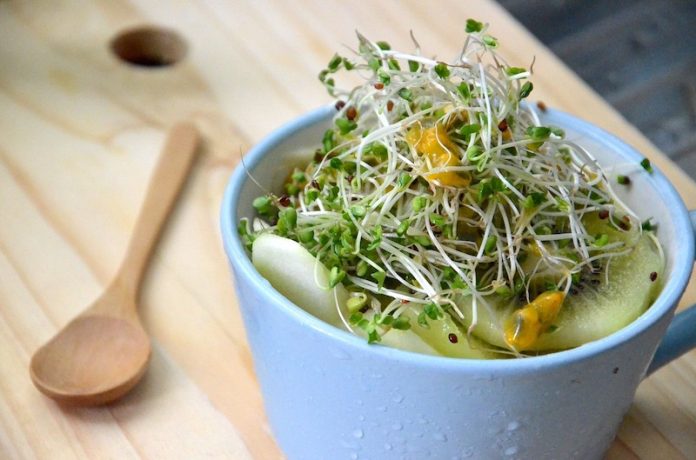 In a new study, researchers found that a compound from broccoli sprout could help restore brain chemistry imbalance in people with schizophrenia.

The finding may help develop a new treatment method for treating mental disease.

The study was conducted by Johns Hopkins Medicine researchers.

According to the World Health Organization, the disease affects about 21 million people worldwide.

Drugs for schizophrenia cannot work completely for everyone, and they can cause many undesirable side effects.

In the study, the team looked for differences in brain metabolism between 81 people with schizophrenia and 91 healthy people.

They used a powerful magnet to measure and compare five regions in the brain between the people with and without psychosis.

The researchers found a set of chemical imbalances in the brains of people with schizophrenia were related to the chemical glutamate.

Previous research has shown that glutamate is linked to depression and schizophrenia.

The team then found out how to restore the imbalance using a compound from broccoli sprouts.

According to them, the broccoli sprout extract contains high levels of the chemical sulforaphane.

This chemical can turn on a gene that makes more of the enzyme that sticks glutamate with another molecule to make glutathione.

It could slow the speed at which the nerve cells fired and hence make them send fewer messages.

This could help the brain cells to behave less like the pattern in brains with schizophrenia.

The compound can be found in a variety of cruciferous vegetables.

The researchers suggest that sulforaphane may be a safe supplement to prevent, delay or blunt the onset of symptoms.

They hope that the compound may someday provide a way to lower the doses of traditional antipsychotic medicines needed to manage schizophrenia.

This could reduce the unwanted side effects of the medicines.

One author of the study is Akira Sawa, M.D., Ph.D., professor of psychiatry and behavioral sciences at the Johns Hopkins University School of Medicine.