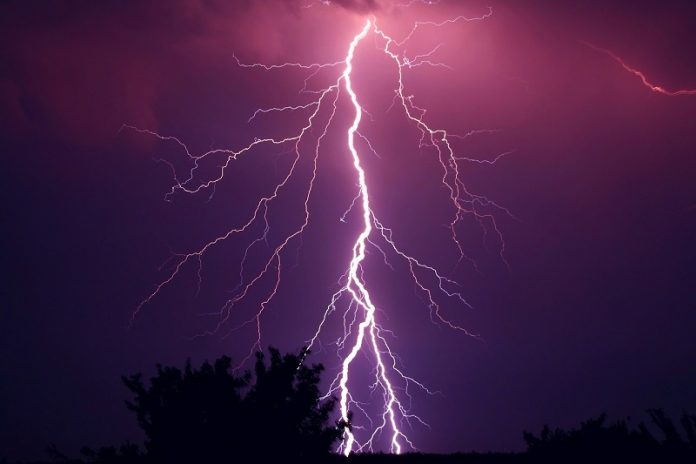 In a new study, researchers have found out why lightning often strikes twice.

The research was conducted by an international research team led by the University of Groningen.

The team used the LOFAR radio telescope to study the development of lightning flashes in unprecedented detail.

LOFAR is a Dutch radio telescope consisting of thousands of antennas spread over Northern Europe.

These antennas are connected with a central computer and that they can operate as a single entity.

The goal of LOFAR is to help with radio astronomy observations, but the frequency range of the antennas also makes it ideal for lightning research.

In the study, the team used the Dutch LOFAR stations to do their lightning observations.

They analyzed the raw time traces as measured in the 30-80 MHz band. They developed a new algorithm for LOFAR data to visualize the radio emissions from two lightning flashes.

The researchers found that the negative charges inside a thundercloud are not discharged all in a single flash, but are in part stored alongside the leader channel at interruptions, at structures that the researchers call needles.

This may lead to a repeated discharge to the ground.

The researchers suggest that these needles are hard to be seen by other lightning detections systems because they are too small and too short-lived.

They suggest that the results clearly show the reason why lightning will strike in the same area repeatedly.

The high-resolution observations help them solve the puzzle.

One author of the study is Olaf Scholten, professor of physics at the KVI-CART institute of the University of Groningen.

The study is published in the science journal Nature.