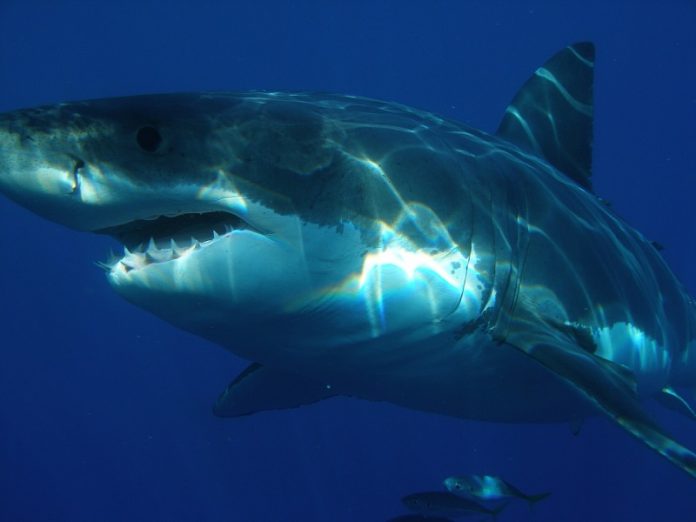 In a new study, scientists found that white sharks give up their feeding areas when they encounter orcas.

The finding challenges the idea that great white sharks are the most formidable predators in the ocean.

The research was conducted by a team from the Monterey Bay Aquarium and partner institutions.

In the study, the team found that white sharks will immediately flee their preferred hunting ground and will not return for up to a year when they are confronted by orcas.

This can happen even though the orcas are just passing through

The researchers reported four encounters between the top predators at Southeast Farallon Island in the Greater Farallones National Marine Sanctuary.

They analyzed the interactions with the data from 165 white sharks between 2006 and 2013.  and compiled 27 years of seal, orca and shark surveys at the Farallones.

They found that all the white sharks began vacating the area just minutes after brief visits from orcas.

The white sharks fled the island when orcas arrived and didn’t return there until the following season.

The team suggests that the research combines two really robust data sources and they were able to show how white sharks flee the area when the orcas show up.

The new finding provides important information about interactions between top predators, which have not been well studied in the past.

The researchers did not draw any conclusions about whether orcas are targeting white sharks as prey or are bullying the competition for the calorie-rich elephant seals.

Future work will try to find the answers.

The lead author of the study is Dr. Salvador Jorgensen, a senior research scientist at Monterey Bay Aquarium.

The study is published in Nature Scientific Reports.