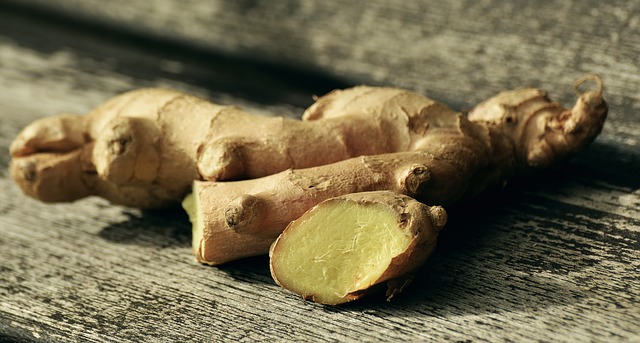 Ginger root, or simply ginger, is a common spice people use during cooking.

Recent research has shown that ginger could provide lots of health benefits. Some of the benefits are quite important.

For example, one study reported shows that ginger could fight metabolic problems, such as obesity and diabetes.

In recent years, metabolic syndromes, including diabetes mellitus, dyslipidemia, and cardiovascular diseases, have become a common health problem in the world.

In the study, the researchers reviewed recent published epidemiological and clinical studies.

The researchers also identified the cellular mechanism of these effects.

This finding is in line with other studies that find traditional herbs may play an important role in the prevention and treatment of metabolic syndromes.

The review is published in the Annals of the New York Academy of Sciences.

In another recent study, researchers found that ginger could help lower cancer risk.

Many people like hot, spicy meals, but recent research has shown that capsaicin, the compound that gives chili pepper the hot flavor, may also cause cancer.

Oddly enough, capsaicin and 6-gingerol both bind to the same cellular receptor — one that is related to tumor growth.

Over several weeks, the researchers fed mice prone to lung cancer either capsaicin or 6-gingerol alone, or a combination of both.

During the study period, all of the mice that received only capsaicin developed lung carcinomas while only half of the mice fed 6-gingerol did.

The study is published in ACS’ Journal of Agricultural and Food Chemistry.

A third study shows that ginger could help ease nausea and vomiting caused by morning sickness during pregnancy.

Herb-based formulations are widely used for the treatment of nausea and vomiting during pregnancy.

In this study, the researchers compared the effects of ginger and vitamin B6 on morning sickness.

They enrolled 120 women who had nausea and vomiting and did not take any medications. The women were divided into three groups and were given vitamin B6, placebo, and ginger.

The results showed that one week after the treatment, the severity of symptoms reduced dramatically in 60.6% in the ginger group, 42.7% in the placebo group, and 61% in the vitamin B6 group.

In addition, 16% of vitamin B6 takers and 27.6% of ginger takers developed problems such severe nausea and vomiting, stomachache and heartburn during the treatment.

The researchers suggest that ginger (around 1000mg a day) can improve nausea and vomiting in pregnant women. And there are no differences between ginger and vitamin B6.

The main side-effect in the ginger treatment is gastrointestinal effects, such as stomachache and heartburn. They may occur immediately after ginger consumption.

These side effects may be caused by ginger’s odor and taste. Researchers suggest a more appropriate form like tablets may make it easier to use.

The finding is published in AYU.