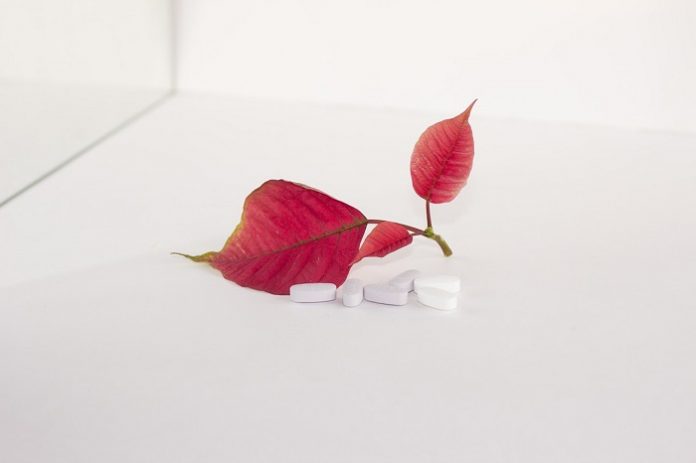 In a new study, researchers have developed a new type of drug to prevent blood clot.

The new drug provides a safe, effective option for patients while avoiding the risk of dangerous bleeding.

The research was conducted by a team from the National Institute of Health and Medical Research in France.

Blood clots are clumps of cells and protein in your blood. They usually can help slow bleeding when people are injured and dissolve when they heal.

However, sometimes the blood clots could form when it’s not needed. This can block a blood vessel can cause diseases.

For example, people who have had a stroke caused by a blood clot are at high risk for another.

A common drug is an aspirin, which can inhibit platelets from clumping and forming clots.

However, the current treatment may also increase the risk of bleeding in the brain.

It is important to develop a safer drug to reduce the dangerous side effect.

In the study, the team tested the new antiplatelet compound, known as ACT017, to prevent blood clot.

The drug targets a protein found in platelets. This protein is important for clot formation but does not play a role in regulating the bleeding.

The researchers tested 36 healthy people ages 22 to 65. They found that the most common side effects were mild to moderate headache and head discomfort.

The compound did not prolong bleeding time, which shows it did not increase the risk of dangerous bleeding.

The team found that it was well-tolerated at doses even twice as high as the current drug for treatment and there were no signs of bleeding.

The drug reached maximum effectiveness and duration at 2,000 mg.

In addition, the drug’s action on platelets is rapid, specific and largely reversible within 24 hours.

The researchers hope that ACT017 may eventually provide a safer treatment option for patients.

They suggest that it is important to have a novel antiplatelet agent that resolves platelet aggregation and clot formation without raising the risk for bleeding.

In the near future, the team will test the drug in stroke patients.

The senior author of the study is Dr. Martine Jandrot-Perrus, a scientist at France’s and a consultant for Acticor-Biotech.

The study is published in the Arteriosclerosis, Thrombosis and Vascular Biology.