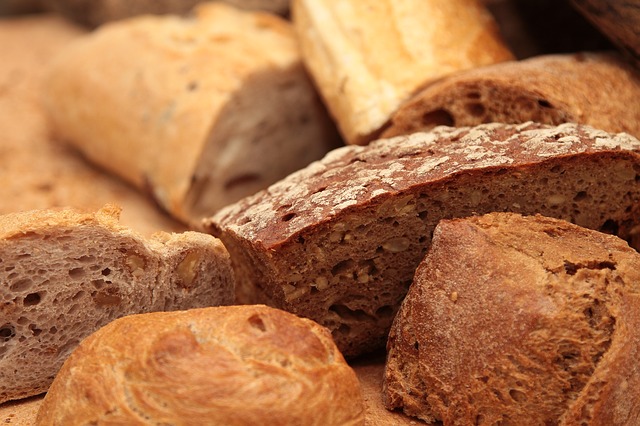 In a recent study, researchers suggest that a common food additive may cause and trigger autoimmune attacks in celiac disease.

The findings suggest that there should be warnings on food labels.

Celiac disease is an autoimmune disorder, where gluten triggers the immune system to attack the gut. The condition is lifelong and can seriously harm health.

For people with the disease, even a mouthful of bread with gluten could trigger an immune response that damages the small intestine.

What causes this autoimmune reaction to gluten is unknown.

In the current study, the researchers reviewed published scientific findings and found that a common food additive may be one of the causes.

Microbial transglutaminase is a bacterial enzyme commonly used in industrial processing of meat, dairy, baked and other food products.

The authors suggest that microbial transglutaminase can glue together proteins, so it’s used to improve food texture.

This enzyme functions like the transglutaminase produced by the body, which is known to be the target of autoimmunity in celiac disease.

Previous research has shown that there is a link between the rising use of industrial enzymes in bakery products and a higher incidence of celiac disease.

The researchers suggest that the amount of the enzyme could be strongly increased when this microbial population is altered by factors like eating processed foods.

The gluten protein fragments that remain after digestion are highly susceptible to transglutaminase, which modifies them to make new peptides.

These new peptides are particularly likely to resist further breakdown and to be recognized as ‘foreign’ people carrying the genetic variants linked to celiac disease.

The team tested antibodies from the blood of celiac patients, and they found that more antibodies were active against transglutaminase bound to gluten fragments, than against either component alone.

The team suggests that microbial transglutaminase could, in fact, be the target of the immune response in celiac disease.

The attack on our own transglutaminase may be merely a case of mistaken identity.

Therefore, microbial transglutaminase in processed foods is a potential environmental cause of celiac disease.

It is important for people with celiac disease to adhere to a gluten-free diet.

The lead author of the study is Aaron Lerner, visiting professor at the Aesku.Kipp Institute in Germany.

The study is published in Frontiers in Pediatrics.