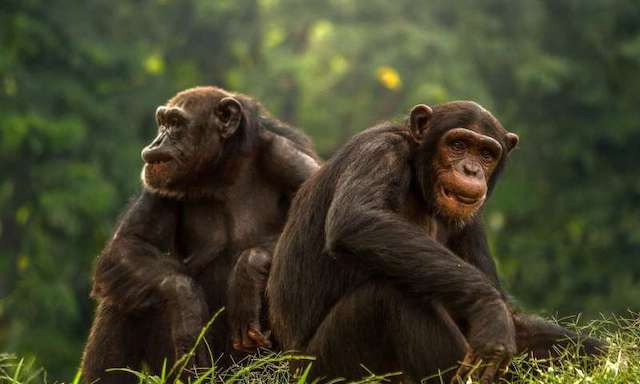 In a new study, scientists found that male primates who are equipped with all the bells and whistles to attract a female mate may have smaller testicles.

Previous research has shown that male primates often lived in highly competitive environments where they all wanted the same thing – to father offspring.

To successfully get what they want, they do the fighting and produce so-called ‘badges of status’.

The ‘badges of status’ is showy ornaments that help the male primates control access to females by intimidating other males.

If males cannot keep others off their females, they can win by producing a lot of sperm to swamp those from their rivals.

In the study, the team examined the relationships between different indicators of male virility.

They focused on primates due to the animals’ large variation in both testicle size and male ornamentation.

Some primates had testicles almost the size of tennis balls while others were barely larger than a peppercorn.

The same thing exists in ornamentation.

Some species sport flamboyant accoutrements such as beards, manes, capes and cheek flanges, and various shades of color in their faces and fur. Others are pretty drab and look more like an average guy.

The team analyzed data for more than 100 primate species including humans.

The found that ornaments come at the expense of testicle size and sperm production. The showiest males have the smallest testes.

The finding suggests that for male primates, it is possible to be well-adorned or well-endowed, but it is hard to be both. Maybe it is because doing both things can cost too much effort.

One author of the study is Primatologist Dr. Cyril Grueter from UWA’s School of Human Sciences.

The study is published in Proceedings of the Royal Society B: Biological Sciences.