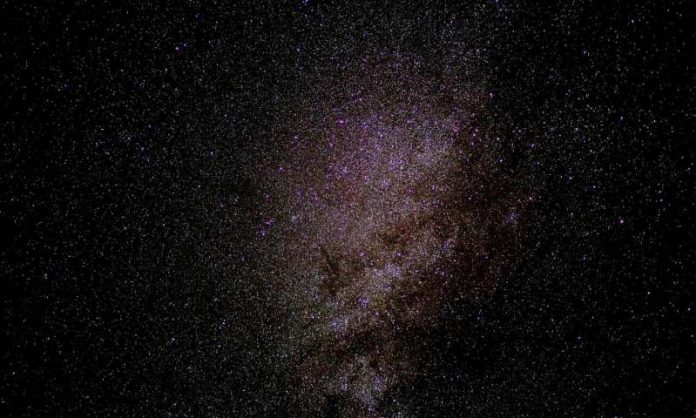 In a new study, scientists found that stars can unleash subsonic notes as their nuclear furnaces power complex vibrations.

These vibrations can be captured by telescopes as fluctuations in the brightness or temperature on the surface of a star.

The vibrations provide valuable information about the inner structure of a star.

The research was conducted by a team from the University of Wisconsin–Madison.

As stars fuse hydrogen into heavier elements in their cores, hot plasma gas vibrates and causes stars to flicker.

The fluctuations can tell about a star’s structure and how it will change.

Previous research has shown that scientists need to speed up stellar vibrations by a thousand or a million times to hear them.

These reverberations are called starquakes.

In the study, the team focused on stars that are larger than the Sun.

They used a program called GYRE that plugs into the star-simulating program MESA.

Both GYRE and MESA are open source programs, which means that scientists can freely access and modify the code.

The team simulated diverse stars and their frequencies to examine the connection between stellar structure and vibrations.

After that, they compared simulations to real stars and refined the model.

They also got help from planet hunters, such as a telescope named TESS, which launched into orbit last year to survey 200,000 of the brightest, closest stars.

It showed that the internal vibrations of a star or a planet passing in front of the star can make a star’s brightness fluctuate.

The team now is developing a new version of GYRE to make the best use of the TESS data.

This may help with the new stimulations of star vibrations and provide new information about the stars.

The lead author of the study is Jacqueline Goldstein, a graduate student at the University of Wisconsin–Madison astronomy department.