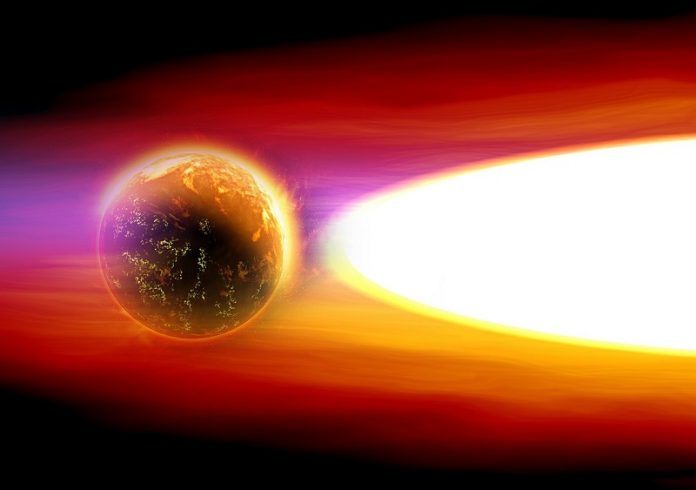 Scientists have designed a new fire extinguisher used in space in a new study.

The research was conducted by a team from the Toyohashi University of Technology and the Hokkaido and Shinshu Universities.

According to the researchers, VEM is based on the completely “reverse” operation of widely-used fire extinguisher.

It works by sucking the flame as well as the combustion product, even fire source, into the vacuum chamber to remove the firing matters.

This function would be suitable for highly enclosed environments like space vehicles, submarines, and deep sea submersed vehicles).

In addition, the new fire extinguisher could help prevent or suppress spreading the harmful combustion products, such as fume, particulate matters and toxic gas component in the entire enclosed cabin.

In the study, the team examined the feasibility of this concept and formulated the explanation of how it could be implemented.

The researchers believe VEM will be an upcoming technique in future space missions.

The new technology may also be useful for extinguishing certain unusual fire such as metal powder fire.

It may also be applied for the fire in clean rooms, where the spraying fire-fighting agents would cause severe damage to the structure and equipment.

The lead author of the study is Prof. Yuji Nakamura at Hokkaido University.

The study is published in Fire Technology (Spacecraft Fire Safety).