Knowridge Science Report
Home Nutrition Late dinner plus no breakfast can be a deadly killer to your... 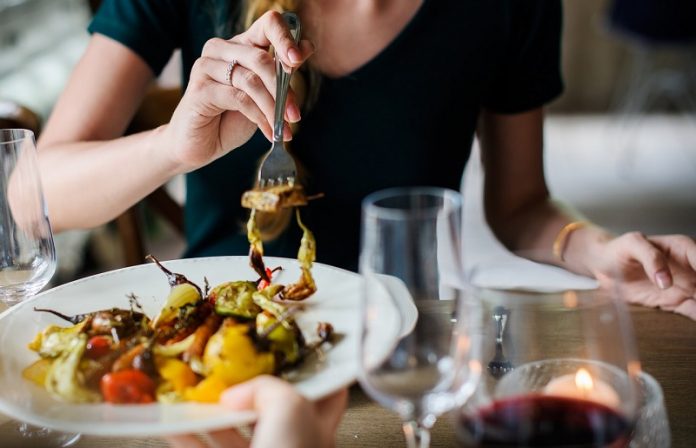 In a new study, researchers found that skipping breakfast and having late dinner together could lead to worse outcomes after a heart attack.

People who don’t eat their breakfast and eat dinner near bedtime have higher risks of dying from a heart attack and having a second heart attack.

The research was conducted by a team from São Paolo State University.

Previous research has shown that people who skip breakfast and eat a late dinner often have other unhealthy habits like smoking and sitting too much.

In the study, the team examined patients with a very serious form of heart attack called ST-segment elevation myocardial infarction.

A total of 113 patients with a mean age of 60 were included. About 73% were men. They reported their eating behaviors.

Skipping breakfast was defined as nothing before lunch, except coffee and water, at least three times per week.

Late-night dinner eating was defined as eating a meal within two hours before going to sleep at least three times per week.

Among the patients, 58% of people skipped breakfast, 51% of people ate late-night dinner, and about 41% of people had both unhealthy habits.

The researchers found that people with the two bad eating habits had a four to five times higher likelihood of death, another heart attack, or chest pain within one month after the first heart attack.

While the two eating habits can be linked to poorer outcomes after a heart attack independently, combining them together only makes things worse.

The team explains that inflammatory response, oxidative stress, and endothelial function could be involved in the links.

They suggest that 10% of patients with a heart attack dies within a year. Healthy eating habit can be an inexpensive and easy way to improve prognosis.

They recommend a minimum two-hour interval between dinner and night sleep and that a good breakfast should provide 15% to 35% of total daily calories.

A healthy breakfast should include dairy products like fat-free or low-fat milk, yogurt and cheese, a carb source like whole wheat bread, bagels, cereals, and whole fruits.

For example, wholegrain bread, low-fat yogurt and berries or bananas can make a good breakfast for many people.

This was the first study to evaluate these unhealthy eating habits in patients who have experienced a heart attack.

One author of the study is Dr. Marcos Minicucci from São Paolo State University.