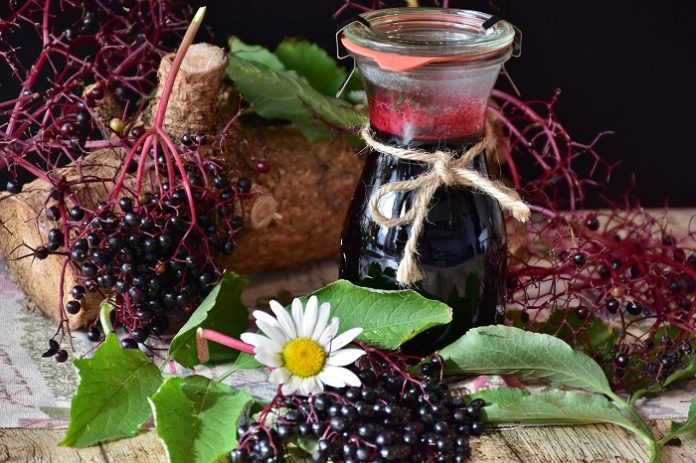 Elderberry is one of the most commonly used medicinal plants in the world. It has been used as a supplement to treat cold and flu symptoms.

The finding shows that some folk medicines and herbal products may help benefit people’s health.

The research was conducted by a team from the University of Sydney.

Previous research has shown that folk medicines and herbal products could help treat many health conditions, but it was not clear why they can do that.

In the study, the team focused on how the elderberry fruit can help the fight against influenza.

They performed a comprehensive examination of the mechanism of compounds in the fruit.

They used commercially farmed elderberries. The fruit was turned into a juice serum and applied to cells before, during and after they had been infected with the influenza virus.

The researchers found that a compound called phytochemicals from elderberries could directly inhibit the virus’s entry and replication in human cells.

The compound inhibits an infection at the early stages because it can block key viral proteins for the viral attachment and entry into the host cells.

When the cells had already been infected with the virus, the phytochemicals from the elderberry juice were even more effective at inhibiting viral propagation.

The fruit can also help strengthen a person’s immune response to the virus.

It could stimulate the cells to release certain cytokines. Cytokines are chemical messengers that the immune system uses for communication between different cell types to fight the invading pathogen more effectively.

The findings show that elderberries can positively affect health.

The researchers suggest that common elderberry has a potent direct antiviral effect against the flu virus.

The results are consistent with previous findings that elderberries have flu-fighting properties.

The researchers also found that the elderberry’s antiviral activity can be attributed to its anthocyanidin compounds, which give the fruit vivid purple coloring.

One author of the study is Professor Fariba Deghani.

The study is published in the Journal of Functional Foods.