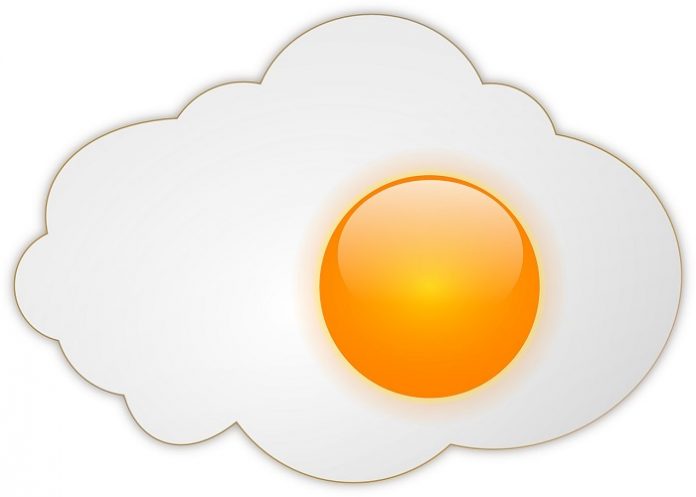 In a study, researchers found that eating egg yolk is almost as bad as smoking when it comes to coronary artery disease.

The findings suggest that to protect heart health, people need to reduce their egg yolk intake.

The research was led by Dr. David Spence, a professor of Neurology at Western’s Schulich School of Medicine & Dentistry.

In the study, the team surveyed more than 1200 patients with an average age of 61.5.

Ultrasound was used to measure plaque area and questionnaires were used to test their lifestyle and medications.

They focused on smoking and egg yolk eating habits.

The researchers found that eating egg yolks increases atherosclerosis in a manner similar to smoking cigarettes.

Atherosclerosis, or coronary artery disease, is a disease of the arteries where plaques form on the inner arterial wall. Plaque is a big risk factor for stroke and heart attack.

The results showed that regular eating of egg yolks is about two-thirds as bad as smoking when it comes to increased build-up of carotid plaque.

Plaque rupture can cause most heart attacks and many strokes.

In addition, the team found that the plaque area increased linearly with age after age 40, but increased exponentially with pack-years of smoking and egg yolk-years.

The team also found that people eating three or more yolks a week had a much higher plaque area than people ate two or fewer yolks per week.

The effect of egg yolk consumption over time on the increasing plaque in the arteries was independent of people’s cholesterol, blood pressure, smoking, BMI and diabetes.

The researchers also suggest that in people with diabetes, an egg a day could strongly increase coronary risk.

Regular eating of egg yolk should be avoided by people at risk of heart disease.

The research is published in the journal Atherosclerosis.