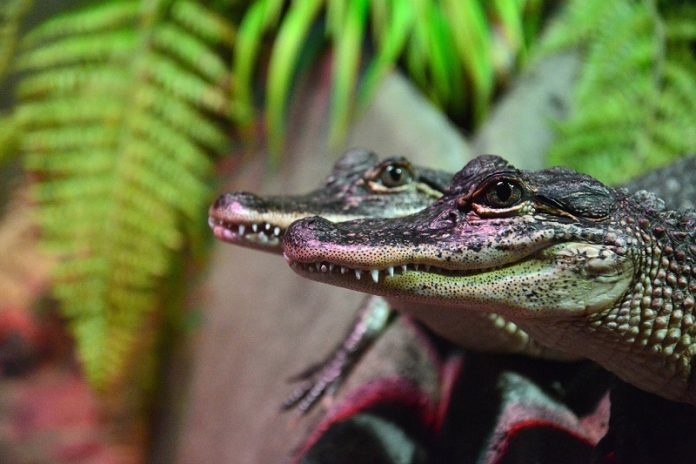 In a new study, researchers found that the “death roll” of alligators are more common among species than previously thought.

The research was co-authored by a researcher from the University of Tennessee, Knoxville.

The death role is a full-bodied twisting motion combined with a powerful bite that crocodiles often use. The attacks can help disable, kill, and dismember prey into smaller pieces.

So far, the death roll has only been found in a few of the 25 living crocodilian species.

In the study, the team conducted tests in all 25 species. They found that 24 of them showed death roll behavior.

Paleosuchus palpebrosus, commonly called Cuvier’s dwarf caiman, is the only species that did not perform a death roll under experimental conditions.

The team suggests that may the animal was just not cooperative.

The finding also shows that feeding isn’t the only time the animals might roll.

When aggression between individual animals becomes quite intense, such as in establishing dominance or competition for females, these animals often use bites and death rolls.

The team suggests that crocodile relatives have been semi-aquatic ambush predator since the Age of Dinosaurs.

The lead author of the study is Stephanie Drumheller-Horton, a paleontologist and adjunct assistant professor in the Department of Earth and Planetary Sciences at UT.

The study is published in Ethology, Ecology & Evolution.