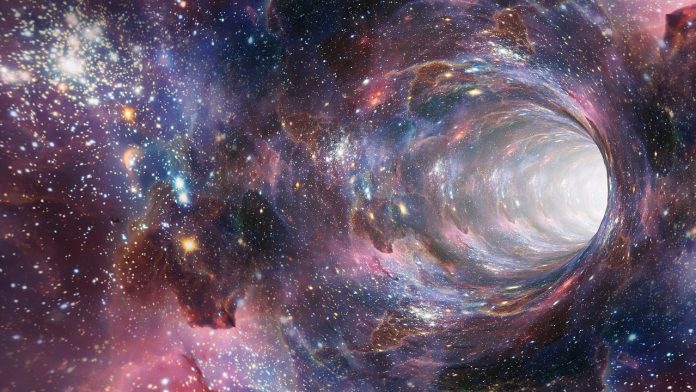 In a new study, a group of physicists found that it is possible to travel through wormholes, but it will be a slow trip.

But the problem is that it’s not useful for humans to travel through because it takes longer to get through these wormholes than to go directly.

The team suggests that the real importance of their work is in its relation to the black hole information problem and the connections between gravity and quantum mechanics.

In the study, they focused on two black holes that were entangled on a quantum level.

They found that the direct connection between the black holes is shorter than the wormhole connection.

But the theory may give new insights into quantum mechanics. The team suggests that travel through the wormhole is equivalent to quantum teleportation using entangled black holes.

Their theory was based on a setup first devised by Einstein and Rosen in 1935.

It consists of a connection between two black holes (the term wormhole was coined in 1957).

Because the wormhole is traversable, it was a special case in which information could be extracted from a black hole.

However, the team has overcome this with quantum field theory tools. They calculated quantum effects similar to the Casimir effect.

The new finding may help construct a wormhole through which light could travel and may help develop a theory of quantum gravity.

The study was presented at the 2019 American Physical Society April Meeting in Denver.