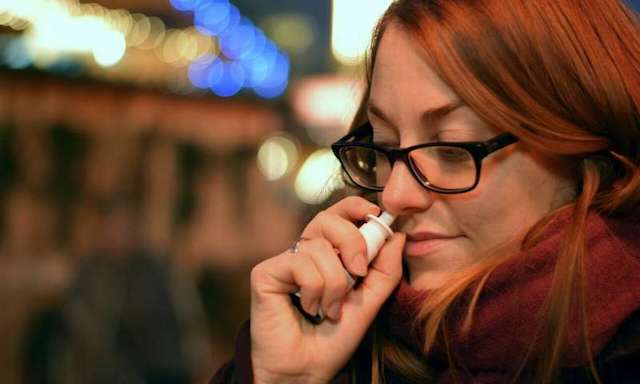 The FDA has recently approved this drug to assist with treating depression.

The new drug is called Spravato. It is an intranasal spray that can help people suffering from extreme depression. It has been marked as the first fast-acting depression drug.

The research was reported by Baylor College of Medicine.

Ketamine has been used for anesthesia for a long time. It can alleviate pain and facilitate sleep for agitated delirium.

Previous studies tested if ketamine could be used as anti-depressants. Researchers chose ketamine because patients feel happy and euphoric when receiving it through anesthesia.

One study showed that after a single infusion of intravenous ketamine, patients’ depression symptoms was reduced. The effects could last over 20 days.

In addition, ketamine works quickly and patients typically feel the effects just within a few hours of their first dose.

Currently, ketamine could be taken in various ways. For people who cannot get intravenous ketamine, researchers have developed oral ketamine drugs.

However, ketamine is difficult to make for oral use due to its chemical composition. So researchers have developed an intranasal form of the drug.

The researchers suggest that the drug Spravato should be taken twice a week for one month combined with other antidepressants. It cannot replace any psychiatric medications.

Doctors should monitor patients for at least two hours after taking the drug, the side effects include dizziness or drowsiness.

One good thing about Spravato is that the drug only contains one dose per spray and can help avoid drug abuse.

The researchers suggest that ketamine has higher efficacy than common anti-depressants. It has quick benefit in suicidal patients and should be prescribed for patients with severe depression.

The price of the drug is quite expensive. Each dose costs $900. Eight doses for a month will cost $7000.

The author of the study is Dr. Asim Shah, professor and executive vice chair in the Menninger Department of Psychiatry and Behavioral Sciences at Baylor.

The study is published in CNS drugs.