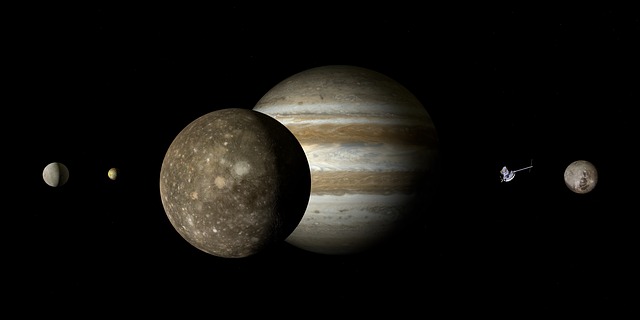 In a new study, researchers found new data sent from Jupiter and Saturn have challenged current theories about how planets form and behave in in our solar system.

The data were sent by the Juno and Cassini spacecraft from the two giant gas planets.

The research was conducted by researchers from Caltech.

Previous studies have shown some information about how planets form, including how they make magnetic fields and how the winds blow.

In the current study, the team examined data sent by Cassini and Juno.

Cassini orbited Saturn for 13 years before its dramatic final dive into the planet’s interior in 2017.

Juno has been orbiting Jupiter for two and a half years. It is powered by solar energy alone and protected from fierce radiation environment.

The researchers suggest the detailed magnetic and gravity data from the spacecraft are very invaluable but also confounding.

For example, Juno has a microwave sensor that collects lots of microwave data. It shows the atmosphere of the giant gas planet is evenly mixed.

This is different from what current theories have predicted.

Currently, they are examining weather events that concentrate significant amounts of ice, liquids, and gas in different parts of the atmosphere as possible explanations.

Juno also has gravity and magnetic sensors, which have sent back perplexing data.

The magnetic field has spots, and there is a big difference between the northern and southern hemispheres. These are different from what the researchers have seen before.

The researchers the new data have provided new information about the outer parts of both Jupiter and Saturn.

They will do experiments to mimic the gas planets’ pressures and temperatures to help them understand the data.

The lead author of the study is David Stevenson from Caltech.

The study was published at the 2019 American Physical Society March Meeting in Boston.