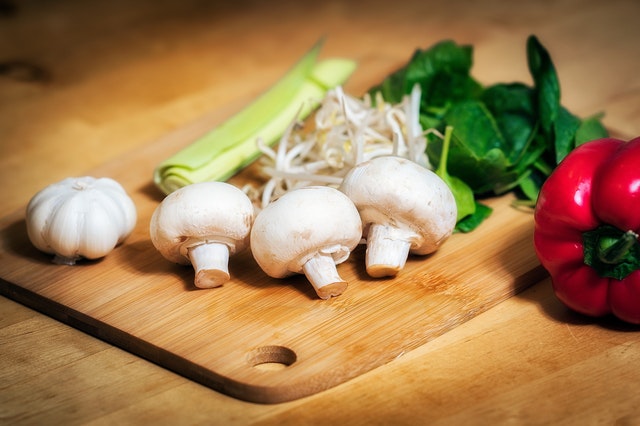 In a new study, researchers found older people who ate more than 300 grams of cooked mushrooms a week had a much lower risk of mild cognitive decline.

The research was conducted by researchers from the National University of Singapore.

Mild cognitive impairment is a condition that causes a slight but noticeable decline in memory or other thinking skills.

People with the condition may also show deficits in other cognitive function such as language, attention and visuospatial abilities.

Although the impairment will generally not prevent people from doing their daily lives and activities, they can be linked to more serious diseases like Alzheimer’s disease and other dementia.

Previous studies have shown that many factors could influence a person’s diagnosis of mild cognitive decline.

In the current study, the team examined whether eating mushrooms could help protect cognitive functions in older people.

The researchers performed a two-hour standard neuropsychological assessment for mild cognitive decline and a rating for dementia.

They also checked whether and how often these people ate mushrooms in their daily diet.

Six commonly eaten mushrooms in Singapore were checked, including golden, oyster, shiitake and white button mushrooms, as well as dried and canned mushrooms.

The researchers found older people who ate more than two standard portions of mushrooms weekly may have 50% reduced risks of having mild cognitive impairment.

A portion was defined as three-quarters of a cup of cooked mushrooms. The average weight is around 150 grams.

The team also found that even eating a small number of mushrooms per week was linked to lower chances of mild cognitive impairment.

The team believes the mushroom effect is linked to a specific compound called ergothioneine.

It is a unique antioxidant and anti-inflammatory compound that humans cannot synthesize on their own. The compound is mainly available in mushrooms.

A previous study from the team had shown that people with mild cognitive impairment had a lower level of ergothioneine in their blood compared with healthy people.

The team suggests that other compounds in mushrooms may promote the synthesis of nerve growth and help protect cognitive functions.

The study findings suggest that a commonly available food item could have a dramatic effect on brain health in older people.

The lead author of the study is Assistant Professor Lei Feng, who is from the NUS Department of Psychological Medicine.