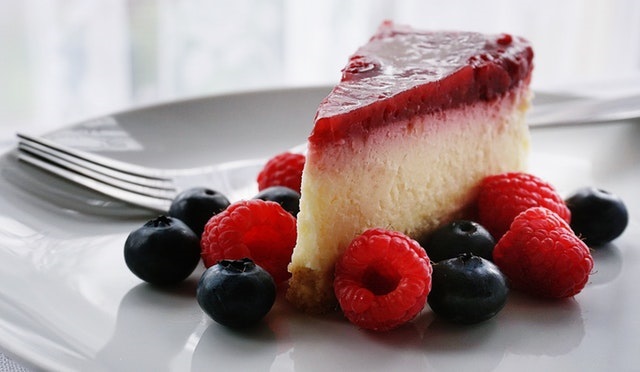 In a new study, researchers found that people consume fewer calories if they eat an indulgent dessert at the start of a meal.

The research was conducted by researchers from the University of Arizona and the Tecnológico de Monterrey.

In the current study, the team examined how food choices could influence overall calorie intake.

They did four experiments in a cafeteria and on a mock food-delivery website.

In the experiments, the researchers displayed indulgent desserts and more healthy desserts at the beginning of a university cafeteria line or as the first option on the food-delivery website.

On average, people ate an average of 30% fewer calories when they chose the indulgent dessert first.

The researchers suggest that it is possible that people chose healthier main and side dishes to make up for their indulgent dessert that was high in calorie.

On the contrary, people who chose a healthier dessert first might think that they already did a good favor for their body health and so they could have some higher-calorie food.

However, the team also found that if people were distracted during making food choices, they could choose an indulgent dessert and high-calorie food for their meal.

One author of the study is Martin Reimann, assistant professor of marketing at the University of Arizona Eller College of Management.

The study is published in Journal of Experimental Psychology: Applied.