According to the researchers, understanding how much water—or its chemical components—is available on the Moon is critical to NASA’s goal of sending humans to establish a permanent presence there.

Scientists are trying to learn about the dynamics of transport of valuable resources around the lunar surface and throughout its exosphere, and know where to go to harvest those resources.

Several spacecraft have used infrared instruments that measure light emitted from the Moon to identify the chemistry of its surface.

These spacecraft include NASA’s Deep Impact spacecraft, which had numerous close encounters with the Earth-Moon system en route to comet 103P/Hartley 2;

NASA’s Cassini spacecraft, which passed the Moon on its way to Saturn; and India’s Chandrayaan-1, which orbited the Moon a decade ago.

All found evidence of water or its components (hydrogen or hydroxyl).

However, it was unknown how these atoms and compounds form on the Moon.

Previous research has shown how much hydrogen is coming in from the solar wind and how much is in the Moon’s very thin atmosphere.

In the present study, the researchers used a computer program to simulated the chemistry that unfolds when the solar wind pelts the Moon’s surface.

They found as the Sun streams protons to the Moon, the particles interact with electrons in the lunar surface, making hydrogen (H) atoms.

Then the atoms migrate through the surface and latch onto the abundant oxygen (O) atoms from molecules that make up the lunar soil.

Together, they make the molecule hydroxyl (OH), a component of water, or H2O.

The results suggest that as solar wind continually blasts the Moon’s surface, it breaks the bonds among atoms of silicon, iron, and oxygen that make up the majority of the Moon’s soil.

As hydrogen atoms flow through the Moon’s surface, they get temporarily trapped with the unhinged oxygen (longer in cold regions than in warm).

They float from O to O before finally diffusing into the Moon’s atmosphere and finally into space.

The research is published in the Journal of Geophysical Research: Planets. 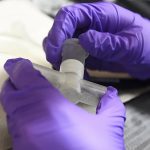 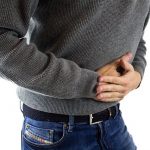 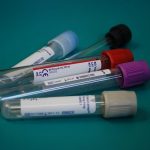 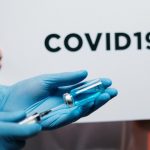 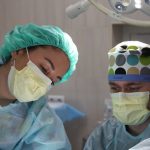