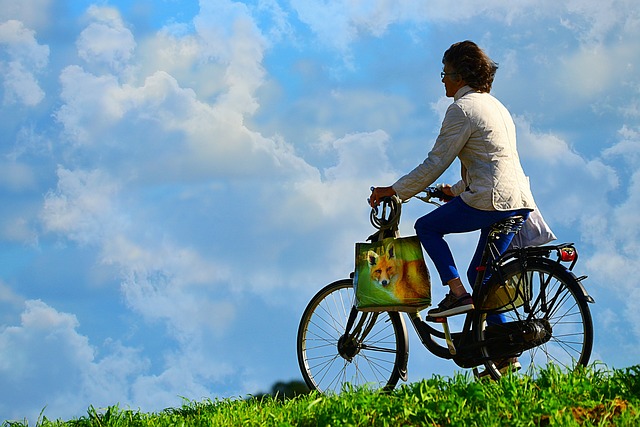 Many have the impression that using an e-bike is ‘cheating’.

However, a new study has shown that older people who use electric bicycles (e-bikes) may get better cognitive and mental health benefits than those on standard bikes.

The study was conducted by researchers from the University of Reading and Oxford Brookes University.

In the present study, the researchers examined a sample of 100 participants with the age of 50-83.

They found that mental health and well-being increased in participants who cycled on an e-bike for an hour and a half a week for 8 weeks.

In addition, people using e-bikes used a variety of settings to assist their pedaling.

The researchers also found that people who used e-bikes felt more confident in completing the requested physical activity, which was three 30-minute rides a week for eight weeks.

This may make the riders feel mentally better.

The study confirms that getting out on the bike is good for the brains of older people.

It suggests that e-bikes have as many health benefits as push bikes.

It may provide additional benefits beyond increasing physical activity, such as improvements in confidence and self-esteem.

E-bikes allow older people to explore their local area and interact with people and the natural environment easily.

Their cognitive functions, such as executive functions and processing speed, could be improved by cycling in the natural, especially with e-bike riding.

The team suggests If e-bikes could encourage more people to cycle, the positive effects should be shared across a wider age range and with people who are less confident on a bike.

The study is one of the first to examine the influence of cycling on cognition and well-being of older people.

The research is published in PLOS One.