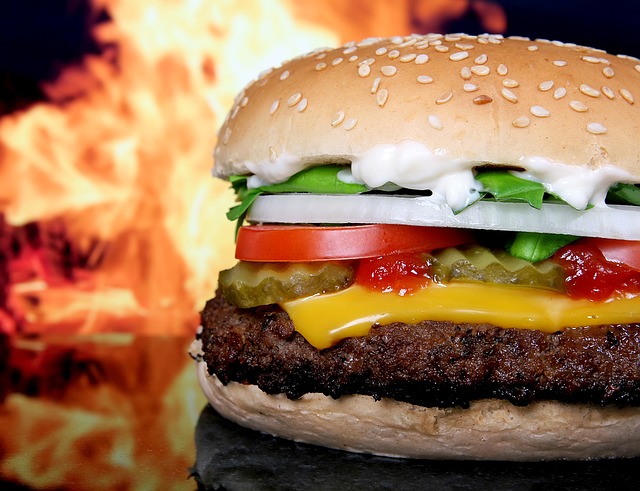 A new study from Salk Institute has shown that high-fat diets could drive colon cancer growth.

A high-fat diet could fuel colon cancer growth by upsetting the balance of bile acids in the intestine and triggering a hormonal signal.

Deaths from colorectal cancer in people under 55 appear to be creeping up in recent years.

According to the American Cancer Society, deaths in this younger group increased by 1% between 2007 and 2016.

For example, unhealthy diets and too much sitting time both contribute to colon cancer.

In the present study, the researchers conducted experiments on a mouse model.

They found animals with the most common genetic mutation found in humans with colorectal cancer developed cancer faster when fed a high-fat diet.

The most common colorectal cancer-linked mutation is in a gene called APC.

It normally acts as a “tumor suppressor” gene because it controls how often cells divide.

The researchers suggest that when people are genetically prone to get colon cancer, a high-fat diet could be the second hit.

According to the researchers, the intestine and colon (commonly lumped together as the “gut”) are hard-working organs.

As one eats, the gut needs to constantly regenerate its lining to undo the damage done by digestive acids.

To do this, the gut houses a population of stem cells that can replenish lining cells when needed.

Mutations in the APC gene can remove that control and allow cells to divide rapidly and become cancerous.

The researchers warn that as high-fat diets become more common in the United States, more people with an APC mutation will have faster cancer growth through these diets.

In the near future, the researchers plan to test a new cancer-fighting method. They used a molecule called FexD, developed at Salk, to activate FXR in intestinal stem cells

They believe the research will provide a new way to lower inflammation, restore intestinal health and to dramatically reduced tumor progression.

One co-author is Ruth Yu, a staff researcher in the Gene Expression Laboratory at Salk.

The research is published in Cell.