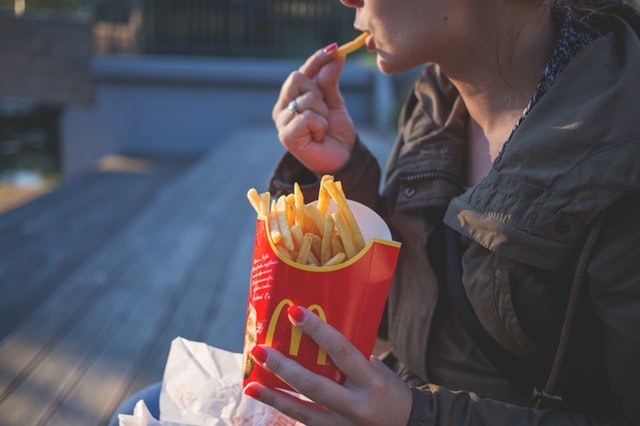 In addition, the likelihood increases with each additional risk factor a person possesses.

These risk factors most strongly linked to depression change with age.

Previous research had identified behavioral risk factors for depression, but it was unclear how these variables changed across the lifespan.

In the study, the researchers collected data from more than 30,000 survey respondents.

These people answered questions about their lifestyle, including smoking, weight, physical activity and diet, as well as their history of depression.

The team looked for correlations between the risk factors and depression, controlling for variables such as gender, ethnicity and socioeconomic status.

The results showed that 16% of all participants had a prior diagnosis of depression.

The researchers found that smoking was most strongly associated with depression, especially in younger people:

Younger smokers had 2.7 times’ greater odds of having had depression, while middle-aged and older smokers had 1.8 times the odds, compared to nonsmokers of the similar age.

In addition, obesity was the next most important risk factor: younger, middle-aged and older obese respondents had 65%, 54%, and 67% greater likelihood of depression, respectively, compared to non-obese counterparts.

Moreover, participants who had little physical activity were more likely to have depression as they grew older.

And a less healthy diet was linked to depression in the middle-aged and older groups only.

Importantly, compared to having no risk factors, having one risk factor increased the odds of having had depression (1.7 times).

When a person had two risk factors, the odds of developing depression more than doubled.

Having three risk factors increased the odds of developing depression by more than threefold, and a person with all four risk factors had almost six times the likelihood of depression.

The study is the largest yet to examine the behavioral risk factors for depression across age groups.

The researchers suggest that given the psychological, social and economic toll of depression, as well as its growing prevalence, it is important to predict a person’s risk at any age.

Age-specific prevention programs are critical to help people who have high risk of depression.

Further research about nuanced risk factors, including gender and ethnicity, are warranted.

The study is published in the journal Mental Health & Prevention.

To prevent depression, researchers suggest that people need to have healthy diets.

In addition, exercise may be just as crucial to a depression patient’s good health as finding an effective antidepressant.

To achieve your exercise goal, you should:

Set aside a consistent time to exercise every day, but do not get discouraged by stretches of inactivity. Resume activities as soon as possible.

Vary the exercises to avoid monotony. Keep the workout interesting and fun.

Exercise with a friend.

Task someone with holding you accountable for maintaining the exercise regimen.