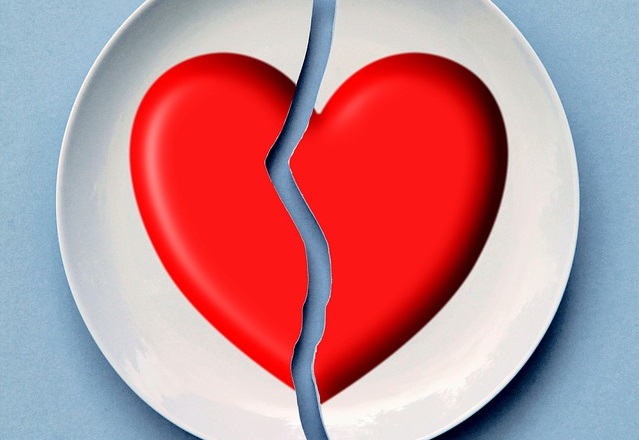 In a new study from Rice University, researchers found that grief brought on by the loss of a spouse can cause inflammation.

The inflammation can lead to major depression, heart attack, and even premature death.

In the new study, the researchers examined the effect grief has on human health by conducting interviews with 99 people whose spouses had recently died.

They also examined their blood.

They compared people who showed symptoms of elevated grief to people who did not exhibit those behaviors.

The symptoms included  pining for the deceased, difficulty moving on, a sense that life is meaningless, and an inability to accept the reality of the loss

The findings show that widows and widowers with elevated grief symptoms suffered up to 17% higher levels of bodily inflammation.

In addition, people in the top one-third of that group had a 53.4% higher level of inflammation than the bottom one-third of the group who did exhibit those symptoms.

Previous research has shown that inflammation contributes to almost every disease in older adulthood.

It is also known that depression is linked to higher levels of inflammation, and those who lose a spouse are at considerably higher risk of major depression, heart attack, stroke, and premature mortality.

But this is the first study to confirm that grief—regardless of people’s levels of depressive symptoms—can promote inflammation, which in turn can cause negative health outcomes.

The finding is an important revelation in the study of how human behaviors and activities impact inflammation levels in the body.

For example, another recent study has shown that Takotsubo syndrome, also called “broken heart syndrome”, affects around 3,000 people in the UK each year.

Takotsubo syndrome is a sudden and acute form of heart failure and symptoms can be similar to a heart attack.

Researchers used ultrasound and cardiac MRI scans to look at how the patients’ hearts were functioning in minute detail, and they found the disease had permanently affected the heart’s pumping motion.

The twisting or ‘wringing’ motion made by the heart during the heartbeat was delayed and the heart’s squeezing movement was reduced.

Researchers also found that parts of the heart’s muscle are replaced by fine scars, which reduce the elasticity of the heart and prevent it from contracting properly.

The current study adds to this work about how bereavement can affect health.

The team’s initial work showed why those who have been widowed are at higher risk of cardiovascular problems, bodily symptoms, and premature mortality by comparing inflammation in spousally bereaved individuals to matched controls.

The researchers suggest that this work shows who, among those who are bereaved, are at highest risk.

Now the researchers can design interventions to target this risk factor in those who are most at risk through behavioral or pharmacological approaches.

Chris Fagundes, an assistant professor of psychological sciences at Rice University, is the lead author of the paper.

The study is published in Psychoneuroendocrinology.