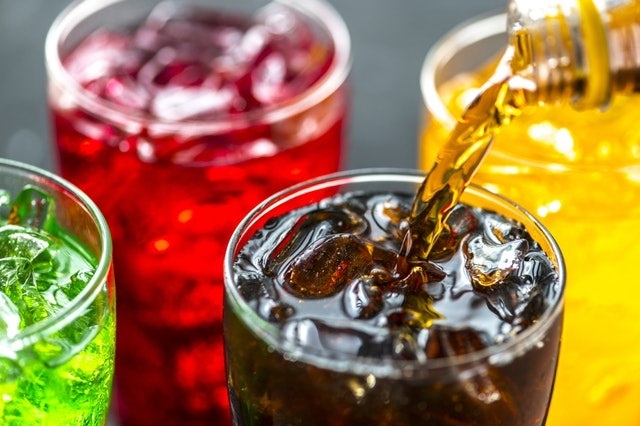 But is this true? Recent studies have been trying to answer the question.

Their findings show that diet soda not only can lead to weight gain but also may harm your health.

For example, one study finds that people who always drink diet soda have a much higher risk of type 2 diabetes.

In the study, a group of French researchers examined the risk factors for type 2 diabetes.

They found that that sugar substitutes that used in diet soda should be treated with the utmost caution.

Their research is based on data from a cohort of nearly 100,000 French women, who reported full details of each food intake, including snacks and appetizers prior to the three main meals and evening snacks.

They found that women who always drink beverages with artificial sweeteners have a much higher risk of type 2 diabetes. The risk is accumulated over time.

The team explains that people who consume a lot of sweeteners have a greater appetite for sugar, coupled with a tendency to overeat in general.

Another possibility is that those who consume large amounts of sweeteners produce less hormone that promotes pancreatic insulin secretion.

Another study shows that diet soda can hurt the brain.

The research used data from the Framingham Heart Study (FHS) and found that people who drink sugary beverages frequently are more likely to have poorer memory, smaller overall brain volume, and a significantly smaller hippocampus, an area for learning and memory.

Moreover, people who drank diet soda daily were almost three times as likely to develop stroke and dementia when compared to those who did not.

The researchers suggest that plain water is much healthier than regular soda and diet soda.

So why could diet soda lead to weight gain?

The researchers found that people who drink a lot of diet soda showed a decreased activity in the amygdala, a part of the brain involved with taste perception and the experience of eating.

Another study shows that longer-term and higher diet soda drinking is linked to lower activity in the brain’s “caudate head,” a region that mediates the reward pathway and is necessary for generating a feeling of satisfaction.

These findings mean that a diet soda drinker may compensate for the lack of pleasure they now derive from the diet soda by eating more food, all types of food.

This can increase their risk of overweight and obesity.

Another reason why diet soda could lead to weight gain is that these drinkers don’t control their drinking amount.

They believe that diet soda has few calories, so it is okay to drink a lot. For example, they may think that having a diet soda multiple times a week is much healthier than drinking one case of soda with sugar.

Therefore, scientists suggest people drink water instead of diet soda. In addition, doctors should remind their patients about the health risk of diet soda.