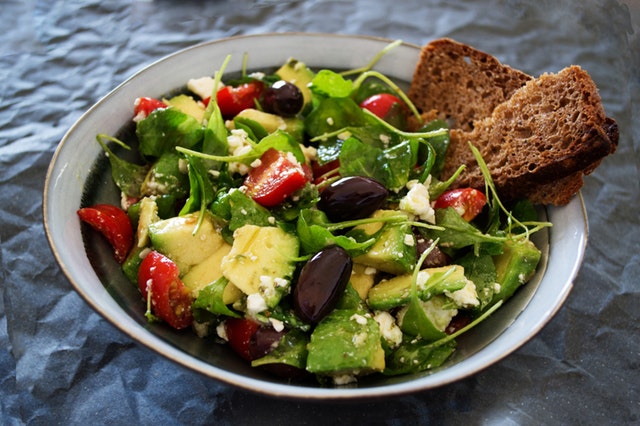 In a new study, researchers find that eating a Mediterranean-style diet may reduce stroke risk in women over 40.

The research is led by the University of East Anglia.

It is one of the largest and longest-running efforts to evaluate the benefits of the Mediterranean-style diet in lowering the risk of stroke.

Such a diet is high in fish, fruit, vegetables, nuts, and beans, and lower in meat and dairy, reduces stroke risk among white adults who are at high risk of cardiovascular disease.

In the current study, the researchers examined the intake of key components of a traditional Mediterranean-style diet.

Over a 17-year period, the team examined the diets of more than 23,000 people and compared stroke risk among 4 groups ranked highest to lowest by how closely they adhered to a Mediterranean style diet.

The data were from the EPIC-Norfolk study, the UK Norfolk arm of the multi-center European Prospective Investigation into Cancer study.

The researchers found that in people who most closely followed a Mediterranean-style diet, the reduced onset of stroke was 17% in all adults, 22% in women, and 6% in men.

There was also a 13% overall reduced risk of stroke in participants already at high risk of cardiovascular disease across all four groups of the Mediterranean-diet scores.

However, this was driven mainly by the associations in women who showed a 20%reduced stroke risk.

This benefit appeared to be extended to people in the low-risk group although the possibility of chance finding cannot be ruled out completely.

It is unclear why there were differences between women and men, but it could be that components of the diet may influence men differently than women.

But researchers suggest a healthy, balanced diet is important for everyone both young and old.

This dietary pattern reduces risk factors and risk for heart disease and stroke.

The study is published in the American Heart Association’s journal Stroke.