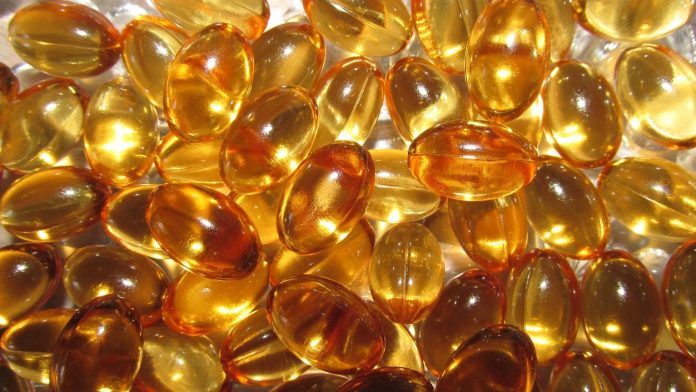 Vitamin E is an essential nutrient for our body.

Previous research has shown that vitamin E may help fight against heart disease and stroke, as well as cancer.

In a recent study, researchers find that asthma patients taking a kind of vitamin E called gamma tocopherol had less inflammation of the airways.

This points to a new way to control asthma’s chronic symptoms.

Nearly 26 million Americans who suffer from asthma experience the shortness of breath.

The symptom is usually the result of inflammation of the airways.

People with asthma typically use albuterol for acute attacks and inhaled steroids to limit chronic inflammation. But both medications come with side effects.

This is a kind of airway inflammation common in asthma patients.

There are several different isoforms of vitamin E.

But the results suggest that alpha tocopherol was not particularly effective to reduce asthma inflammation.

Even worse, the alpha isoform seemed to be linked to an increased risk for hemorrhagic stroke.

So the researchers in the study took a different tack and asked whether the kind of vitamin E being used might have an effect on the outcome.

They began looking more closely at gamma tocopherol, the type of vitamin E commonly found in a diet rich in nuts and nut oil.

According to the study, the gamma isoform has properties that the alpha doesn’t.

In the study, 10 participants were divided into two groups that received either gamma tocopherol supplement or a placebo for two weeks.

At the end of that period, they were asked to cough up sputum.

They also underwent an LPS challenge—inhaling a substance that causes inflammation in the lung and then coughing up more sputum.

This allowed researchers to measure how they responded to the substance used in the challenge.

After a three-week “washout period” where they took nothing, all participants were placed in the other group: if they took the supplement for the first two weeks, they took a placebo for the second period.

The team found that when people were taking the vitamin E supplement, they had less eosinophilic inflammation.

In addition, these people had lower levels of proteins called mucins, which could affect the stickiness of mucus. Mucins are often elevated in asthmatics.

The finding is published in the Journal of Allergy & Clinical Immunology.