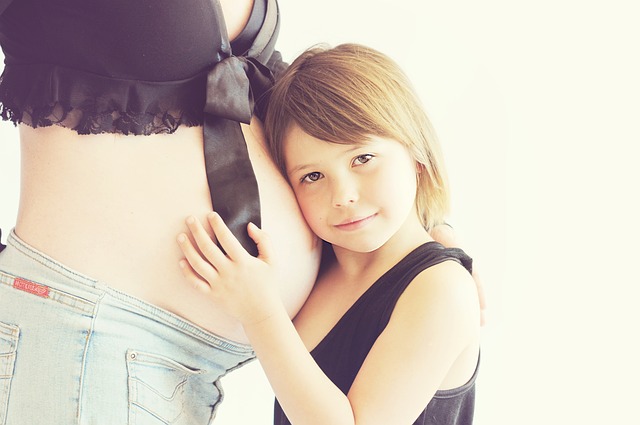 In a recent study from King’s College London, researchers find that depression on pregnant mothers may affect babies while in the womb and lead to changes in the behaviors.

Previous research has shown that children born to mothers who were depressed during pregnancy are more at risk of developing depression themselves when they reach adulthood.

This study aimed to find one important biological mechanism that could explain this effect.

In the study, the team recruited women who were 25 weeks pregnant (49 women with Major Depressive Disorder and 57 healthy women), and studied them and their babies up to one year after birth.

They took blood from each woman at 27 weeks into their pregnancy to measure inflammation and assess whether depression put mothers’ bodies under pressure akin to an infection.

In addition, saliva samples were taken at 32 weeks into pregnancy, and levels of cortisol (the main stress hormone) were measured.

These women also gave birth an average of eight days earlier than the control group, at 39.2 weeks, rather than 40.4 weeks.

The researchers assessed the newborns’ abilities at six days old, using the Neonatal Behavioural Assessment Scale (NBAS), to assess alertness and response to stimuli such as noise and light.

At less than a week old, newborn babies born to mothers with depression in pregnancy had poorer performances than the control group.

In addition, babies had the cortisol in their saliva measured during their routine immunisations at two months and one year.

Since every baby is vaccinated at the same age, the researchers used this opportunity to examine the babies’ responses to the stress of immunization.

At one year, infants whose mothers had experienced depression in pregnancy had higher cortisol response following vaccination, indicating that they were more reactive to stress.

Crucially, the study identifies a previously unknown link between depression-induced inflammation in pregnant mothers and behavioural and biological changes in their babies.

The summarize, the researchers found that newborns showed altered behavior soon after birth compared to babies of healthy mothers.

Babies born to mothers with depression also showed biological changes in response to stress at one year old.

A further analysis showed that these behavioural and biological changes are linked to depression-induced inflammation.

The researchers suggest this could be a factor in why children born to mothers with depression have a higher risk of depression as adults.

It is important that pregnant mothers seeking treatment for clinical depression, as it could have long-term beneficial effects for children.

Professor Carmine M. Pariante leads the NIHR Maudsley Biomedical Research Centre’s research into affective disorders and their interface with medicine, and he is a NIHR Senior Investigator.

The research was funded primarily by the NIHR Maudsley Biomedical Research Centre at the South London and Maudsley NHS Foundation Trust and King’s College London, with additional funding from the UK Medical Research Council, the Foundation for the Study of Infant Deaths and the Psychiatry Research Trust.

The findings are published in Psychoneuroendocrinology.