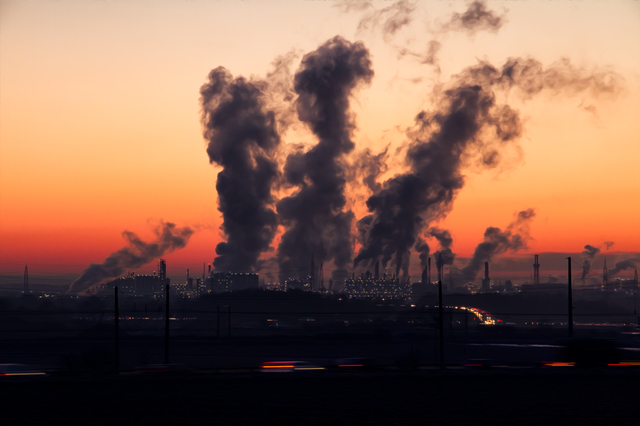 In a recent study, researchers find that outdoor air pollution is linked to an increased risk of diabetes globally.

The findings suggest that reducing pollution may lead to a drop in diabetes in heavily polluted countries such as India and less polluted ones such as the United States.

Diabetes is one of the fastest growing diseases, affecting more than 420 million people worldwide and 30 million Americans.

The main causes of diabetes include eating an unhealthy diet, having a sedentary lifestyle, and obesity.

But now the new research indicates that outdoor air pollution can play a role.

While growing evidence has suggested a link between air pollution and diabetes, researchers have not attempted to quantify that burden until now.

Previous studies have found that such particles can enter the lungs and invade the bloodstream, contributing to major health conditions such as heart disease, stroke, cancer, and kidney disease.

In diabetes, pollution is thought to reduce insulin production and trigger inflammation, preventing the body from converting blood glucose into energy that the body needs to maintain health.

In the United States, the study attributed 150,000 new cases of diabetes per year to air pollution and 350,000 years of healthy life lost annually.

The team also examined the relationship between particulate matter and the risk of diabetes in 1.7 million U.S. veterans who were followed for a median of 8.5 years.

The researchers also found that the overall risk of pollution-related diabetes is worse in lower-income countries such as India.

Richer countries such as France, Finland, and Iceland experience a lower risk. The U.S. experiences a moderate risk of pollution-related diabetes.

In the U.S., the EPA’s pollution threshold is 12 micrograms per cubic meter of air, the highest level of air pollution considered safe for the public, as set by the Clean Air Act of 1990 and updated in 2012.

However, using mathematical models, the team established an increased diabetes risk at 2.4 micrograms per cubic meter of air.

Based on VA data, among a sample of veterans exposed to pollution at a level of between 5 to 10 micrograms per cubic meter of air, about 21% developed diabetes.

When that exposure increases to 11.9 to 13.6 micrograms per cubic meter of air, about 24% of the group developed diabetes.

The team believes that their finding shows a significant link between air pollution and diabetes globally.

This is important because many industry lobbying groups argue that current levels are too stringent and should be relaxed.

Evidence shows that current levels are still not sufficiently safe and need to be tightened.”

The study is conducted by Washington University in St. Louis and Veterans Affairs’ Clinical Epidemiology Center and published in The Lancet Planetary Health.