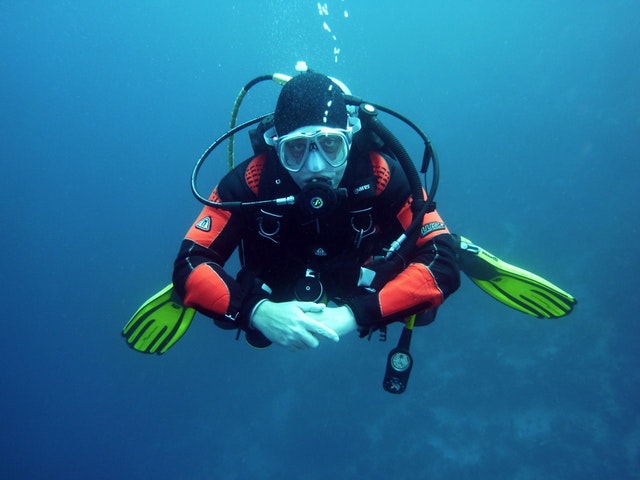 In a new study from University of Western Australia, researchers suggest that older, overweight scuba divers need to shed pounds to avoid an underwater heart attack.

They find that divers who learned to dive years ago and who are now old and overweight, with high blood pressure and high cholesterol, are at increased risk of dying.

It is estimated that around 3.3 million Americans and 2.8 million Europeans will scuba dive this year.

While recreational diving death is rare, the number involving heart issues is climbing.

The diving death in the over-60s soared from 5% to 20%. Cardiac events such as heart attacks are now the second leading cause of death behind drowning.

People who pay to go diving must learn skills and theory and be screened for fitness. But, after that initial screening, certification to scuba dive lasts for life.

Until now there has been no clear picture of how common cardiovascular risk factors are among active divers.

Previous research has been limited to surveys of dive club members or insured divers. This was the first study conducted among divers in the general population.

In the study, the researchers described the the heart health among active adult recreational scuba divers in the USA.

They found that one-third of active US scuba divers were aged 50 years and older with high cholesterol, around half were overweight, more than half reported having smoked cigarettes, and 32% reported hypertension or borderline hypertension.

The researchers suggest they should all be addressed during routine diving fitness physician assessments, to reduce the risk of mortality while diving.

Dr. Peter Buzzacott, of the University of Western Australia, in Crawley, Australia is the study lead author.