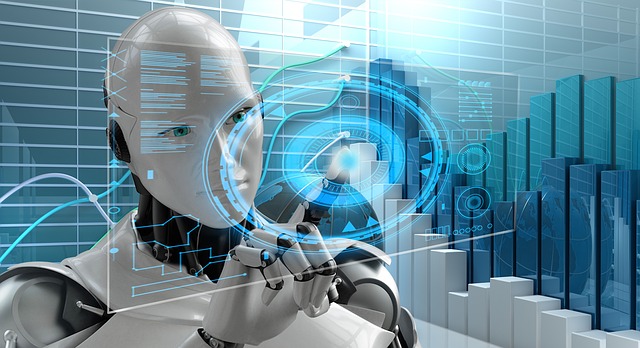 In Google’s developer conference in early May, its CEO Sundar Pichai showed how the company’s newest research in artificial intelligence (AI) could help doctors detect heart disease in the near future.

This is not the first news that AI can play an important role in the medicine field.

Recent studies have shown that AI has unique advantages to help with disease prediction, diagnosis and treatment.

One recent study from MIT shows that AI can help improve early breast cancer detection. Every year about 40,000 women die from breast cancer in the US alone.

When breast cancer is detected early, it can often be cured. So far mammograms are the best test available, but they still can lead to false positive diagnosis.

The MIT researchers developed an AI system that uses machine learning to predict if a high-risk lesion identified on needle biopsy after a mammogram will upgrade to cancer at surgery.

They then tested the AI system on 335 high-risk lesions, and the system correctly diagnosed 97% of the breast cancers as malignant and reduced the number of benign surgeries by more than 30% compared to other methods.

Another study from McGill University finds that AI can predict dementia before the onset of symptoms.

For dementia, if doctors can determine, many years in advance, who is likely to develop the disease, the patients and their families can have enough time to plan and manage treatment and care.

The McGill researchers used AI and big data to develop an algorithm capable of recognizing the signatures of dementia two years before its onset.

A person just needs to take a single amyloid PET scan of the brain and can know their risk of developing Alzheimer’s disease.

One study from Stanford University finds a way to use AI to fight the eye disease caused by diabetes.

The eye disease is called diabetic retinopathy, which is a condition that damages the blood vessels at the back of the eye, potentially causing blindness.

The algorithm can be used to identify which patients should be referred to an ophthalmologist for further evaluation and treatment. This may help prevent vision loss caused by diabetes.

The study uses machine learning to predict suicide intention as far off as 2 years into the future. The accuracy is 80% –  90%.

The algorithms become even more accurate as a person’s suicide attempt gets closer.

For example, the accuracy climbs to 92 percent one week before a suicide attempt when AI focuses on general hospital patients.

In addition, AI may help with healthy aging. One study from Texas A&M outlines the current role of AI in health care and its growing potential to help aging people.

The researchers suggest that AI acts like voice-activated personal assistants and may help older people, their families and other caregivers.

Specially, AI may help people with the safety, security and social connections. These can help older people have a more fulfilling, independent life.

To summarize, all the above research shows that AI becomes more and more important in people’s health.

While we continue developing the technology, we also need to pay attention to some risks, like privacy issues and misuse of AI.