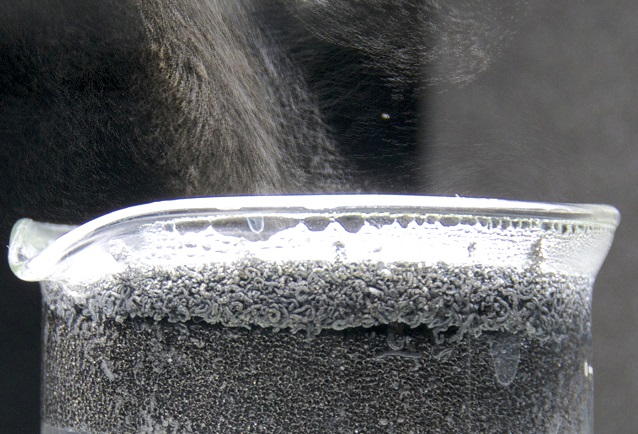 Harvesting solar energy as heat has many applications, such as power generation, residential water heating, desalination, distillation and wastewater treatment.

However, the solar flux is diffuse, and often requires optical concentration, a costly component, to generate the high temperatures needed for some of these applications.

Now a group of researchers develop sponge that can generate steam using sunlight. This development provides a new way to harvest solar energy. The finding is published in Nature Energy.

Researchers from MIT and Masdar Institute of Science and Technology in Abu Dhabi conducted the study. They developed a floating solar receiver that was capable of generating 100 oC steam under ambient sunlight without optical concentration.

They used thermal concentration and heat localization to achieve high temperature, and this method could reduce the conductive and radiative heat losses.

Researchers called this sponge “solar vapor generator”, which relied on low-tech materials to capture sunlight and concentrate it as heat. The heat is then directed toward the pores of the sponge, which draw water up and release it as steam.

Researchers demonstrated the use of the sponge in MIT. They placed the solar sponge on the roof of a MIT building, and found that the sponge could boil water to steam even under cool temperatures.

The new invention can greatly reduce the cost of generating heat via solar energy. Typically, the equipment for optical concentration can last 10-20 years, but it requires expensive elements and maintenance.