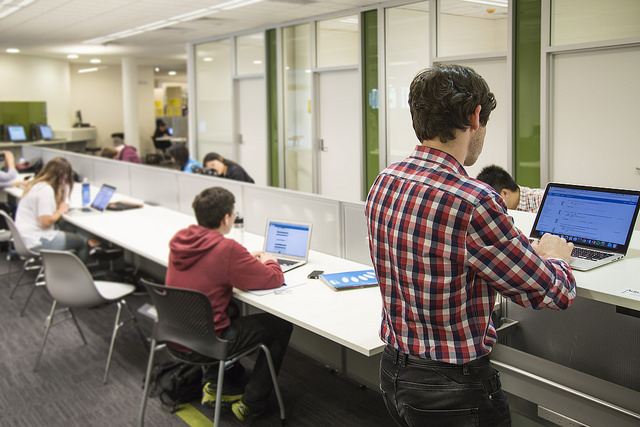 Standing desks are desks for writing or reading while standing up. They were popular in the 18th and 19th centuries, when rich people used them in the homes and offices.

Nowadays, standing desks have regained some popularity due to their health benefits, such as burning calories.

Recently, a study shows that standing desks can lower body mass index (BMI) in students during 2 years of use. The finding is published in American Journal of Public Health.

After controlling the influences of grade, race/ethnicity, and gender, they found that students using standing desks had a strong decrease in BMI (on average 5.24) compared with students who in the seated classrooms.

Researchers suggest that this finding is line with previous results that standing desks can help people burn more calories and keep fit.

It is also worth noting that standing desks might bring some health risks, including higher chances of varicose veins and lower birth weight (for pregnant women).

Therefore, it is good to using a standing desk to avoid prolonged sitting, but people should not use it too much every day.