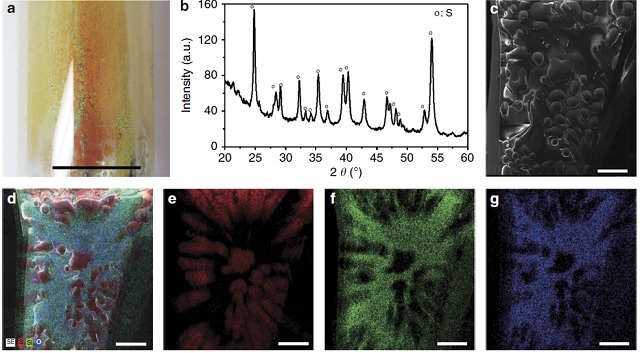 Metal production is expensive, and it consumes lots of energy. Moreover, the processes can emit greenhouse gas and cause heavy air pollution.

But now MIT researchers find a new way to produce metals using electricity. This new method is cheaper and more environmental friendly. The finding is published in Nature Communications.

Researchers used electricity to produce the metal antimony. Antimony is a chemical element with symbol Sb. In nature, antimony exists as the sulfide mineral stibnite (Sb2S3).

Its compounds have been known since ancient times and were used for cosmetics. The main applications for metallic antimony are an alloy with tin and lead and the lead antimony plates in lead-acid batteries.

Although antimony is not a widely used metal, the same principles of using electricity for production can be applied to many other important metals, such as copper and nickel.

The new method has low gas emissions, and can achieve a low energy consumption of 1.5kWh per kg Sb. Researchers suggest that its value (i.e. controlling electronic conduction in an electrolytic cell) is beyond metal production.