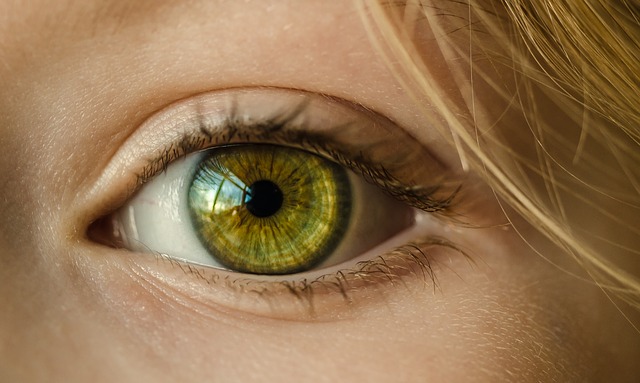 It is known that saccades and blinks are two main eye movements in human. Saccade is a rapid movement of both eyes between fixation points. It can help us locate interesting parts of the scene and build up a mental map of the scene.

The purpose of blinks is to keep the eyes hydrated and to protect them. Blinks are usually very quick and rarely noticed. This is because the change of visual input caused by blinks can be blanked out without hurting visual perception.

However, when we blink we do not connect with the visual environment. This can lead to information loss that should be minimized.

Now German scientists find a new type of eye movement that may help solve the problem. They recorded eye movements of 11 participants in darkness. Participants were encouraged to fixate a red dot on a computer screen.

Researchers found a new type of eye movement, which could reset the eyes after they move around to view an object. This new eye movement was associated with blinks (blink-associated resetting movements, BARMs).

BARMs can help avoid too much eye torsion (eyes move toward the nose or away from the nose). With them, an observer can have a stable spatial vision.

Furthermore, BARMs are yoked with blinks and thus can minimize the downtime of vision. This is ecologically useful because the information loss is reduced.

Considering that we blink on average 18 times per minute over 16 hours of wakefulness per day, and that each BARM makes a resetting saccade of 0.05 sec, the gain in uncompromised vision is about 15 min every day.

Researchers suggest that BARMs may be not restricted to eye torsion but also help keep horizontal and vertical vision. Future work will test this.

Citation: Khazali MF et al.(2016). A new motor synergy that serves the needs of oculomotor and eye lid systems while keeping the downtime of vision minimal. eLife. doi: 10.7554/eLife.16290.
Figure legend: This Knowridge.com image is for illustrative purposes only.