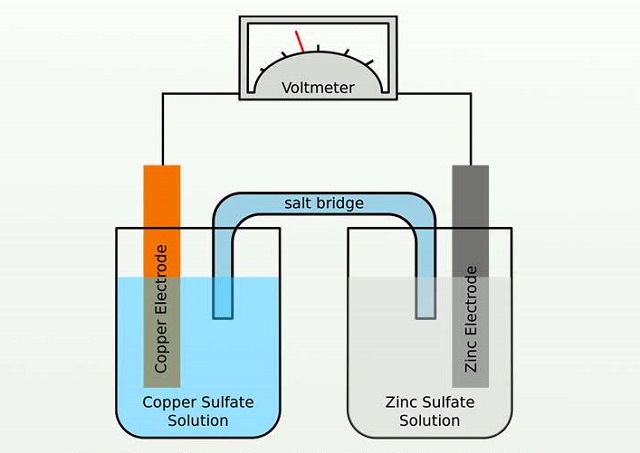 The large consumption of non-renewable resources has pushed the current fossil-fuel-based economy to be at serious risk. One solution is to use renewable energy coupled with efficient energy storage systems.

Li-ion batteries have high energy density and hence may take this role. However, Li is not an abundant element and its cost is predicted to be higher in the future.

Since sodium resources have infinite supply on Earth, sodium-ion batteries are considered to be a promising alternative of Li-ion batteries. Currently, they are used in grid energy storage for wind and solar power.

In a new study published in Energy and Environmental Science, researchers developed a novel sodium-ion full-cell battery. The battery is based on nanostructured Na2TI3O7 and VOPO4 layered materials.

The Na2TI3O7 nanotube structure not only exhibits a safe and low average voltage (0.55 V) of sodium-ion insertion/extraction, but also shows outstanding rate capability and cycle stability.

On the other hand, the VOPO4 nanosheets show a high voltage of 3.75 V and deliver attractive electrochemical performance.

When assembled into a sodium-ion full-cell, the device shows a high rate capability and outstanding cycling stability (92.4% capacity retention after 100 cycles).

Moreover, a charge-discharge test shows that the battery has excellent capacity retention in a wide temperature range from -20 to 55oC.

Researchers suggest that the Na2TI3O7 nanotube structure and VOPO4 nanosheets are suitable candidates for high voltage and stable sodium-ion batteries. These batteries can be used in large –scale energy storage.

Importantly, the high capacity full-cell sodium-ion batteries have an energy density close to that of the state-of-the-art Li-ion batteries.