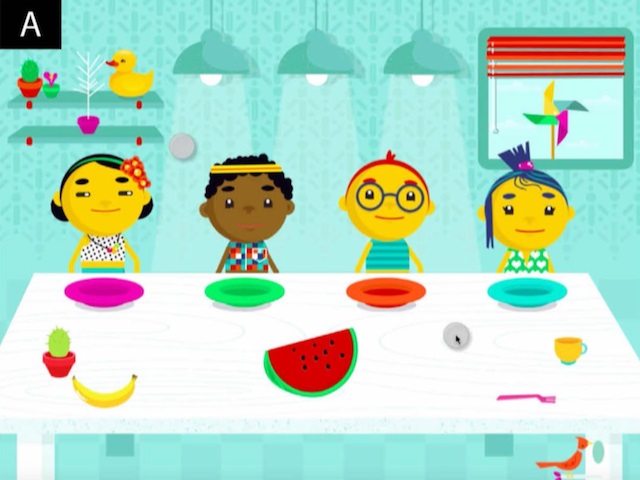 Autism is a developmental disorder starting from infancy. Individuals with autism often have difficulties in understanding others’ intention, facial expressions, and gestures.

Recently, evidence shows that autistic people also have motor dysfunction. They may not be able to control purposeful movement (e.g., touch, handwriting, grasp). They repeat body movement too much, and show motor patterns different from healthy people.

The motor dysfunction in autism provides an opportunity to diagnose the disorder. In a study newly published in Scientific Reports, researchers designed two iPad games that could use players’ finger movement patterns to identify autism.

The study recruited 37 children 3-6 years old with autism and 45 healthy children. They were asked to play two games on iPad mini. During the iPad games, their finger movements were recorded.

The first game was “Sharing”. Children were encouraged to slice a piece of food by tapping on it and then give the resulting pieces to each of four cartoon characters.

The second game was “Creativity”. In the game, a choice of outlines of toys and animals was presented, and the selected image was then placed on a clean canvas for coloring.

Children could use a spinning wheel to select colors. After that, any touch or gesture could serve to color or draw on the picture, leaving the outline always intact.

Researchers recorded the finger tap, touch, and touch movement of each child. Then they used machine learning to analyze children’s motor patterns and distinguish between autistic and healthy children.

The result showed that machine learning could identify autism with up to 93% accuracy. Autistic children’s motor patterns had greater forces at contact and a different distribution of forces within a gesture. In addition, their gestures were faster and larger, with more distal use of space.

Researchers suggest that disruption to movement is a core feature of autism. With smart devices that have touch-sensitive screens and movement sensors, autism can be assessed by game play.