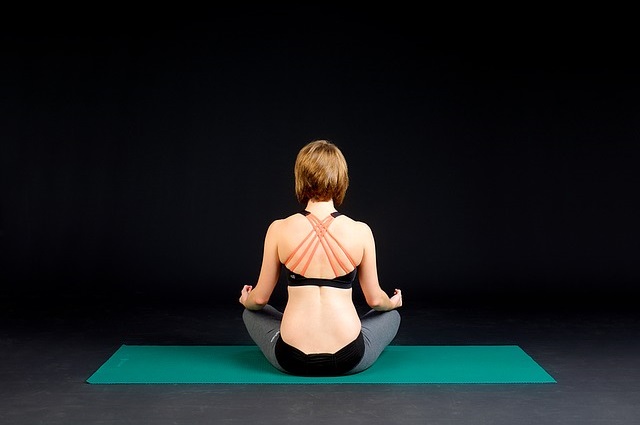 Depression is a common mental health issue. It is estimated that about 25% of women and 12% of men are affected by the disorder in their lifetimes.

Usually, people use psychotherapy and antidepressants to treat depression.

However, a recent study published in Complementary Therapies in Medicine showed that doing mindfulness-based yoga can also fight against depression.

Forty women (20 – 64 years old) with depression symptoms took part in the study. One group received a mindfulness-based yoga intervention, whereas the other group received a control treatment (e.g., walking).

The walking program included twice-weekly practice with a 65-min walking DVD and 8 telephone sessions. Based on the DVD instruction, participants walked forwards and backward.

In addition, all participants completed questionnaires to measure their depression symptoms and ruminative thoughts (i.e. thinking something too deeply) before and after the intervention.

Researchers found that people in both programs significantly reduced their depressive symptoms after the intervention. However, the yoga program reduced rumination more than the walking program.

During yoga, mindfulness can reduce rumination because it makes participants pay attention to other things, such as breathing, physical activity of the poses, etc.

In addition, yoga telephone sessions can reduce stress. These together may help participants develop positive feelings about self.

In the future, researchers will test the role of mindfulness-based yoga in depression treatment in a larger sample and longer interventions.